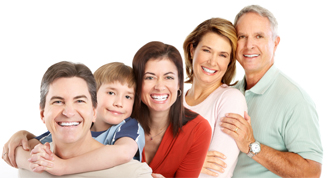 McCallum noted that even with security checks, resettling 25,000 people in 8 weeks are a question of “political drive.”

Chris Friesen, president of the Canadian Immigrant Settlement Sector Alliance, says it is unlikely to properly support so many families on such a short timeline. While he believes it is possible to bring in 25,000 refugees over several weeks, it would impose significant challenges that would affect the settlement outcomes of these refugees.

The process of relocating 25,000 is one thing.  The bigger challenge is once they arrive, how to successfully integrate them into Canadian society.

In September, Ontario announced that it would set aside $8.5 million to help resettle 10,000 refugees in the province by the end of 2016. Ontario’s Immigration Minister Michael Chan has voiced concerns on the feasibility of this commitment for Ontario.

Nova Scotia Immigration Minister Lena Diab said preparations are being made to welcome its allocation of refugees in that province. Quebec Immigration Minister Kathleen Weil said her province will receive 3,650 refugees this year and the same number in 2016 for a total of 7,300 Syrian refugees by the end of 2016.

Friesen said officials have informed his group that Canada is currently on track to meet the Harper government’s commitment of having 11,300 Syrian refugees arrive in Canada by Sept. 2016, and that a new processing center in Beirut is currently processing about 700 cases a week.