Lifting Of Bulgaria Canada Visa Requirement Set For May 1

April 24, 2017 – The same Canada visa requirements applicable for Romanians will also apply to Bulgarians, it has been announced. 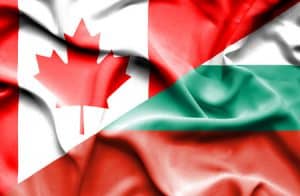 Bulgarians who held a Canada visa in the last 10 years or currently hold a US visa will have visa-free access to Canada from May 1, 2017.

The announcement was made by the Embassy of Canada for Romania, Bulgaria and Moldova.

Visa-free travel for all Bulgarians will start on December 1, 2017.

Bulgarians will require the Canadian Electronic Travel Authorization (Canada eTA) to board a plane to Canada.