Looking for Work? Here Are the Top 10 Cities in Canada to Find a Job 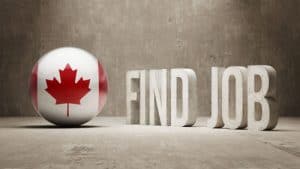 Oshawa has unseated Ontario rival Guelph to become the best city in Canada to find work, according to the Bank of Montreal.

The GTA city jumped 27 places to number one in the latest BMO Labour Market Report Card, pushing Guelph to second as Vancouver rose to third from 22nd a year previously.

Oshawa’s surge up the chart is driven by a near seven per cent rise in employment rate to 65.1 per cent, in a system that offers different weightings to a series of economy-related figures also including population and unemployment.

John Henry, the Mayor of Oshawa, points to a gradual turnaround driven by the downtown campus built by The University of Ontario Institute of Technology.

It means the Canadian home of General Motors can boast four universities, with Durham College, a Trent University campus, plus connecting campuses with the University of Windsor and Queen’s University all within the city boundaries.

The mayor said Oshawa’s schools, airport, shipping port, railroad and highway access make it a unique prospect within the whole of Canada.

Henry believes Oshawa can no longer be regarded as simply a car town, although Ontario’s manufacturing areas fared excellently overall in the report.

The likes of Kingston and Kitchener are both in the top 10, while the unemployment rate in border city Windsor has dropped from 11.4 per cent to 6.4 per cent in a year.

Despite the oil woes of the likes of Alberta and Saskatchewan, they are still represented in the top 10 with Edmonton and Regina both featuring.

But looking provincially, the clear winner is British Columbia over Ontario.

The B.C. employment rate rose 4.9 per cent in a year, with unemployment the lowest of all the provinces for the first time in more than 40 years.

Projections suggest growth of 3.3 per cent in the B.C. economy this year, eclipsing the other provinces.