April 28, 2017 – Manitoba immigration will begin charging a $500 application fee for its skilled worker stream under the Manitoba Provincial Nominee Program (MPNP). The charge will be effective from May 15, 2017.

The next draw for the MPNP will not take place until after May 15, the province announced on its website.

While the Manitoba immigration online application system is upgraded, it will not be available on May 14, 2017. 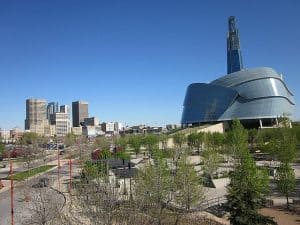 The skilled worker stream of the MPNP looks to service the needs of employers in the province.

It selects international workers with the right qualifications and experience and nominates them to the federal government for immigration.

The province boasts a stable economy with a traditional low unemployment rate.

Working in Manitoba is like to reward an immigrant with competitive pay, a good benefits package and established worker rights.

There is also a low cost of living, plus good public health care and education systems, offer an opportunity to improve an immigrant’s lifestyle.

Manitoba announced a new ‘Labour Market Strategy for Immigration’ in December 2016, aiming to plug the significant gap in its labour market created by an aging population, with a significant chunk of the workforce set to retire between now and 2021.

A provincial forecast predicts 177,800 job vacancies over the next five years, with nearly two thirds created by retirements.

Key sectors include service, business, finance, trades and transportation, according to the provincial government immigration website, www.immigratemanitoba.com. Specific shortages are currently being seen in manufacturing, agri-business and healthcare.

The government says at least a quarter of the jobs will require skilled immigrants with post-secondary training and job-specific experience.

Broad changes under the plan will be seen in five key areas:

The province also aims to improve its communication to new immigrants by clearly outlining both labour market requirements and business investment priorities. It plans to update these priorities on a quarterly basis.