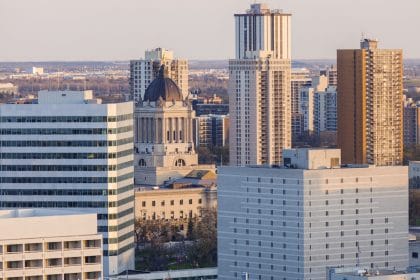 May 17, 2019 – The Manitoba government is planning a raft of new measures to increase the number of Manitoba Provincial Nominee Program immigrants settling in rural areas.

The province is set to role out a rural immigration toolkit in the coming weeks, aimed at communities new to the immigration process.

Designed to help employers and community leaders in rural areas, the toolkit is intended to help recruit, welcome and integrate newcomers to smaller towns in Manitoba.

“We want to work with our rural partners to continue building on our immigration success story,” Kelvin Goertzen, Manitoba Minister of Education and Training, wrote in an article published on the MPNP website.

Increasing immigration to rural areas is an important challenge across Canada. Smaller towns are at the acute end of Canada’s demographic challenge, based around an aging population and lower fertility rate.

Over the last 20 years, 20 per cent of the 130,000 MPNP immigrants have settled in rural areas. The province now wants to build on this figure.

Important measures for employers include:

Meanwhile, the province is also in discussions with the federal government to launch a new rural investment immigration stream, like the one launched recently in British Columbia.

The province also plans to implement a formal public commitment to invest MPNP application fee revenues in integration projects for newcomers, including in rural areas.

Manitoba plans to renew and modernize the current Canada-Manitoba Immigration Agreement, signed in 2003.

In doing so, the province wants to prioritize rural economic development by improving flexibility and moving away from what it describes as the federal ‘one size fits all’ approach.

“If communities can demonstrate the ability to support the success of newcomers, not all of whom may meet minimum requirements, the MPNP needs to have the flexibility to respond,” Goertzen wrote.

The province also sees the discrepancy in processing times between federal and provincial candidates as unfair.

Given the province welcomes 90 per cent of its economic immigration intake through the MPNP, decreasing provincial candidate processing times is a priority.

“We need to address the inherent unfairness that applicants to federal programs (mostly going to larger cities and provinces) are processed within six months for a permanent visa while most provincial nominees have to wait for as long 18 months for the same visa,” said Goertzen.

“This delays the arrival of newcomers to our rural communities and employers, and unnecessarily and unfairly delays these families from contributing their skills and investments to our economy.”