October 8, 2017 – Canada’s Immigration and Refugee Board (IRB) is scheduled to hear near 8000 refugee claims against a growing backlog of 40,000.  About half of asylum claims heard so far from those who have crossed the Canada-U.S. border in 2017 have been refused. 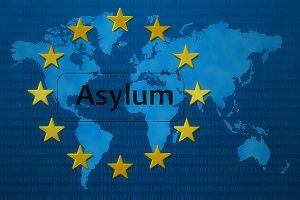 A total of 40,000 cases are also expected to be received in 2017, with current processing capacity at the IRB around 24,000 a year. The waiting time for a hearing is currently 16 months, a number that is only set to rise, according to officials.

Immigration Minister Ahmed Hussen said the IRB was currently the subject of a third-party review, when he was questioned on the backlog during a meeting of the Standing Committee on Citizenship and Immigration on Thursday, October 5.

He said the backlog issues were not just about pumping more money in the organisation, but also about overhauling its structure and modernising the way the system is administered.

IRB officials say 50 per cent of the illegal border crossing cases heard so far have been rejected. But only 240 cases had been finalized as of Tuesday, October 4, with a further 373 scheduled.

A dedicated team of 17 IRB officials set up to hear the illegal border crossing cases is aiming to hear 1,500 cases by the end of November 2017. After that, the cases will be absorbed into the normal workflow of the board.

Minister Hussen was grilled on the government’s response to the surge in Haitian asylum seekers crossing the border illegally from New York to Quebec during the Standing Committee hearing.

Numbers spiked to 300 a day during July and August, from the normal 20 to 30, but Hussen was adamant “it was not a crisis”.

“It was an unusual increase, but we were able to respond professionally,” the minister told the Standing Committee hearing.

“There was planning,” he added. “The Lacolle facility was procured before the major influx began.

“I saw first hand the humane way people were being treated, but also rigorously screened.”

Extra capacity at Lacolle, Montreal and Cornwall, Ontario centres and the redeployment of Immigration, Refugees and Citizenship Canada staff allowed the number of initial hearings to be increased from 32 to 200 per day.

Hussen said the processing times for initial asylum claims dropped from five to seven months to five to seven days to cope with the influx. Those claiming asylum were also given fast-tracked work permits in 30 days so they could support themselves while waiting for an IRB hearing.

The minister also detailed how Canada has gone about correcting the false information that resulted in so many Haitian asylum seekers arriving at the border.

“Two colleagues travelled to the U.S. to deliver information to local diaspora,” he said.

Hussen himself attended a meeting in New York and found that some major refugee and immigration organisations needed to be brought up to date on Canadian policy on asylum seekers.

It was put to him that with initial interview times dropping from eight to two hours, the thoroughness of checks had to have been compromised. He firmly rejected this.

“The implication that border security and safety has been compromised is absolutely wrong,” Goodale said.

Goodale said the degree of difficulty of the cases faced was small, in terms of border crossers deemed a risk to the health and safety of Canadians.

The less than 1 per cent of cases where serious criminality was discovered rendered the border crosser ineligible to begin the process of claiming asylum.

Non-governmental organizations and UN Refugee Agency officials made regular checks and were very positive on how the situations was being dealt with, Goodale reported.

The stream of asylum crossing the Quebec border has reduced to a trickle in September, with under 50 per day now arriving after numbers peaked in the several hundreds during July and August.

Several temporary shelters were set up for newcomers, including one in Cornwall, Ontario, near the Quebec border. Others included Montreal’s Olympic Stadium, an old hospital and a school. A makeshift border camp was also set up by the Canadian army to act as an initial processing centre.