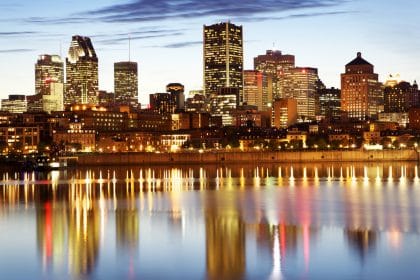 March 5, 2019 – Montreal is aiming to boost immigrant integration by developing a strategy with the help of stakeholders throughout the city.

The aim is to develop a strategy that will help immigrants to Montreal find work more quickly to try and close the gap in unemployment rates between Canadian-born workers and immigrants.

As Quebec’s largest city and the second largest in Canada, Montreal welcomes around 75 per cent of the province’s immigrants.

Statistics Canada data put the average unemployment rate at 6.1 per cent in Montreal in 2018.

The same figure for immigrants was 7.5 per cent, and increased to 11.9 per cent for recent newcomers, arriving in the last five years.

Montreal will spend $1.6 million on its strategy, slated for launch later in 2019.

The meeting came with province in the grip of controversy after the Coalition Avenir Quebec government announced plans to cancel 18,000 immigration applications pending under the Quebec Skilled Worker Program.

Premier Francois Legault’s government wants to clear the backlog and begin welcoming newcomers through the Expression of Interest system launched in September. The Arrima system already has 91,000 profiles registered.

But the decision to scrap existing applications – part of the CAQ’s Bill 9 – will affect 45,000 people when spouses and children are included, with some cases dating back many years.

It follows an injunction request mounted by the Quebec Association of Immigration Lawyers. The legal challenge describes the government’s stated intention to stop processing pending applications, which Bill 9 provides, a ‘flagrante illegality’.

The lawyers and two lead petitioners plan to continue to push for the injunction to be extended until such time as Bill 9 becomes law.  It is not yet certain if requirements will be met for such continued protection.

The provincial government says it wants to establish a better integration before immigration levels can start to rise again.

The move to reduce immigration comes despite Quebec’s labour shortage, with an estimate 100,000 jobs unfilled in the French-speaking province.

Opponents to the government’s policies say the province is in dire need of increased immigration, particularly in the Economic Class.