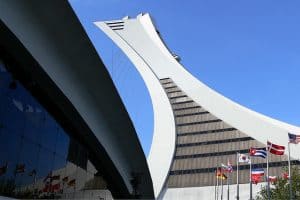 Aug 5, 2017 – Montreal’s Olympic Stadium is being used as a temporary residence for asylum seekers from the U.S. following a continued surge in numbers crossing the border illegally.