More Americans Want To Leave U.S. – And Canada Is Where They Want To Go 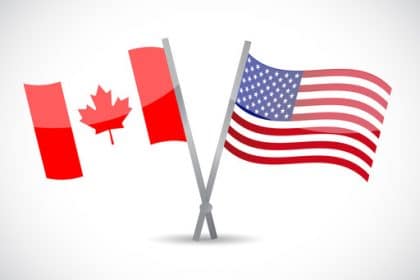 January 8, 2019 – More than a quarter of Americans looking to leave the U.S. want to move to Canada, a new poll has revealed.

“Canada always has been one of the top desired destinations for Americans, but that desire has only increased since Trump’s election,” the survey notes.

Overall, 16 per cent of survey responders said they were looking to leave midway through Donald Trump’s first terms as president, up from 10 per cent under Barack Obama and 11 per cent under George Bush

The numbers get higher as the respondents get younger, with 30 per cent of 15 to 29-year-olds saying they want to leave.

“After years of remaining flat, the number of Americans — particularly young women — who desire to leave the U.S. permanently is on the rise,” the survey notes.

It continues: “The “Trump effect” on Americans’ desire to migrate is a new manifestation of the increasing political polarization in the U.S.

“Before Trump took office, Americans’ approval or disapproval of the president was not a push factor in their desire to migrate.”

While the number of people saying they wish to leave for Canada has increased, that has not necessarily translated into actual numbers.

Figures show just over 1,000 more Americans were issued Canadian permanent residence between January 2017 and the end of March 2018 than the average under Obama.

During 2017, 1,012 more student visas were granted to American citizens than the annual average for the previous eight years.

The average approval rating of the Trump presidency currently sits at 42.4 per cent, meaning significantly more than half of Americans disapprove of their president.

Following Trump’s election in 2016, it was widely reported that Americans were looking to move to Canada.

Significant spikes were recorded in Google search traffic for ‘how to move to Canada’ as it became clear Trump was set for victory.

Canadian colleges and universities also recorded increased traffic, while the website of Immigration, Refugees and Citizenship Canada crashed on the night of the election.