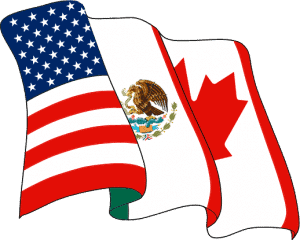 Feb 16, 2018 – NAFTA talks are creating uncertainty for thousands of professionals in Canada and the U.S. whose status is threatened by potential changes to the free movement clause of the treaty.

Although Canada highlighted the free movement of business people as one of its key demands prior to the start of the renegotiation, it is unclear how often the subject has been raised in talks with representatives from the U.S. and Mexico.

Those holding NAFTA-linked visas on both sides of the border unsure of what the future holds are left making contingency plans should the treaty be abolished altogether.

Canada’s chief negotiator, Foreign Affairs Minister Chrystia Freeland, has described free movement as ‘critical’ for businesses on both sides of the divide.

Canada has shown its willingness to assist the business community through access to labour with the Global Talent Stream, providing two-week standard processing for in-demand occupations. The high-profile Comprehensive Economic Trade Agreement (CETA) deal signed with Europe also facilitates movement of business people between Canada and the EU bloc.

It therefore rings true that Canada would want to maintain the fluid transfer of professionals facilitated by NAFTA, but those left in limbo by the threat of the treaty’s abolishment are looking for some more solid reassurance.

The treaty described by President Donald Trump as the ‘worst ever signed’ list 63 jobs in which professionals can move freely between Canada, the U.S. and Mexico. That list of jobs has not changed since 1994, when NAFTA came into operation, but although it clearly needs updating to reflect the digital revolution, that is not the major issue at hand.

With Trump promising American jobs for American people, labour mobility appears difficult to negotiate. However, the president also promises to be a champion of the business community that has come to rely on NAFTA free movement.

The statistics suggest those who would be affected run into the tens of thousands. Canada gave 17,602 visas to Americans and 691 to Mexicans under NAFTA in 2016. The visas are awarded through the International Mobility Program, set up specifically for positions exempt from Canada’s Labour Market Impact Assessment (LMIA).

Also in 2016, the U.S. awarded 14,768 Treaty NAFTA visas (TN visas) to Canadians and Mexicans combined, and 56,254 in the last five years. Whether these visa holders are actually living in the U.S. is not clear, but it is fair to estimate a number in the tens of thousands are following the renegotiation with significant interest.

The flexibility offered by the free movement is enjoyed and supported by businesses on both sides of the border. Instead of bringing an end to a beneficial agreement, there are calls for the list of jobs to be updated and expanded, a call supported by Canada.

No-one knows what would happen to those with NAFTA-linked statuses should the treaty be abolished. Much like the panic that ensued when Trump first tried to impose his Muslim travel ban, experts would expect a wave of initial panic and confusion.

Prior to NAFTA, the U.S. and Canada had a free movement agreement that covered 20 stated jobs. Would that remain in effect?

Regardless of what eventually does happen with the treaty and the free movement clause, the very fact that there are options on the table that would disrupt the lives of so many people is a significant source of instability.

The longer the negotiations run without an indication of outcome, the more that instability will grow.