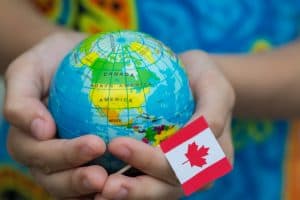 April 16, 2018 – The number of international students holding Canada Study Permit has almost doubled since 2011, according to the latest federal government figures.

The figures show how important international students have become to the schools, colleges and universities, and to the broader Canadian economy.

And under the current Liberal government, the numbers are only set to rise, as Immigration, Refugees and Citizenship Canada aims to attract more students and encourage them to stay after graduation.

The nationalities of Study Permit holders are also revealing, with Chinese students the most prevalent, although not by as much as may have been expected. There were just over 140,000 Chinese Study Permit holders in Canada as of December 31, 2017, compared with nearly 125,000 students with Indian citizenship.

The fastest-growing cohort of students came from Vietnam, with an 89 per cent increase in 2017 to just over 14,000 Study Permit holders. This represents 3 per cent of the total, compared with 28 per cent for Chinese students and 25 per cent for Indians.

France, meanwhile, stands out as the only non-Asian country to feature in the top five citizenships of Canada Study Permit holders. 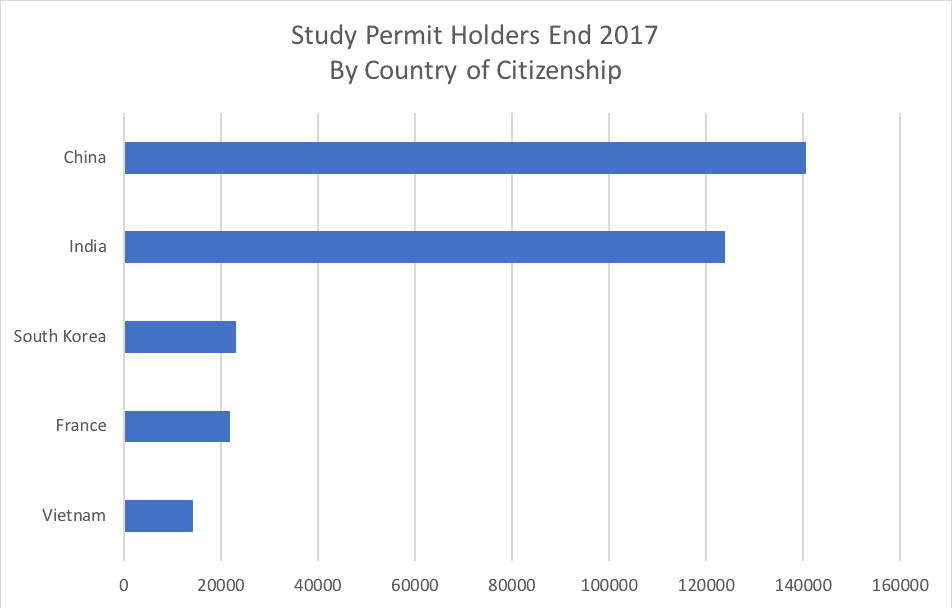 A recent survey found Canada is fast catching the U.S. and U.K. among the world’s most popular destinations for international students.

The 2018 edition of the QS Applicant Survey shows Canada could be about to overtake the U.K. and become the second most popular study destination behind the U.S.

Experts see the change as a reaction to political shifts in both countries. While the U.S. is pursuing anti-immigrant policies under Donald Trump, the U.K. has voted to leave the European Union, with a central issue being freedom of movement.

Meanwhile, Canada is focused on increasing immigration, with encouraging international graduates to stay and build their careers here a central policy of the federal Liberal government.

The QS Application Survey says that although Canada remains third overall, it beats both the U.S. and the U.K. in attracting students from specific regions.

“Canada remains the third most-popular study destination, and in many cases, outperforms the UK and the US when target destinations are broken down by country, especially in the Middle East region,” the report says.

U.S. Government data shows a sharp drop of 17 per cent in the number of study permits issued to students from overseas in the year to September 30, 2017.

At the same time, Canadian universities have seen nearly an 11 per cent increase in their international student numbers, suggesting Canada is attracting at least some of those put off the U.S. by the Trump administration.

It has made Canada one of the more attractive countries in the world for foreign students considering their study options. Figures from Universities Canada show a 10.7 per cent increase in the number of international students, country-wide.