The table below outlines when new changes will be made under the Canada Citizenship Act with comparisons to the old law. June 19, 2017 – Federal government changes to new rules on applying for Canadian citizenship received Royal Assent today, after clearing the Senate last week.

The wide-ranging bill repeals many of the changes put in place by the previous Conservative government, which the Liberals said created two tiers of Canadian citizenship.

Under the new bill the federal government loses the power to strip citizenship from dual nationals accused of national security offences. 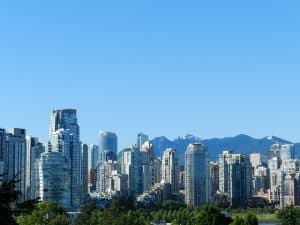 The power to strip citizenship without a hearing from those accused of providing fraudulent information in the application process will also be withdrawn. This comes after a federal government decision ruled the power violated the Canadian Bill of Rights.

Elsewhere, the bill also reduces the time a permanent resident of Canada must physically reside in the country to be allowed to become a citizenship. Previous Conservative changes had raised the bar to four years in six, but that will now be reduced to three years (1095 days) in five.

A further change allows citizenship applicants to count up to a year of time spent in Canada as a non-permanent resident towards their physical presence total.

A requirement that applicants must be physically present in Canada for at least 183 days in each of the qualifying years has been repealed.

Language testing age requirements changes.  Previous law required applicants between the ages of 14 and 64 were required to take the test. That age range will now include those between 18 and 54. A Senate amendment had sought to raise the upper limit to 60, but that was rejected in the House of Commons and that has been accepted in the upper house.

The change will also mean citizenship applicants no longer have to declare their intention to reside in Canada as part of the application process.

The passing of Bill C-6 has been dramatically delayed. The original target was to get it into law by July 1 2016.

Although the Senate began debating the bill in June 2016, it only passed it in amended form in March 2017.  The amendments meant it had to be returned to the House of Commons for approval, before a further vote from the Senate rubberstamped the bill in its amended form.

The Liberal government will release information kits announcing the new law will come into force in stages, with some provisions to take effect later this month and the major features, including residence requirements in October 2017.

Below is a table published on the official Canadian government website, outlining when changes will be made, and how the new Canada Citizenship Act compares to the old one.