New Immigrants To Canada More Likely to Buy or Set Up Businesses: Report 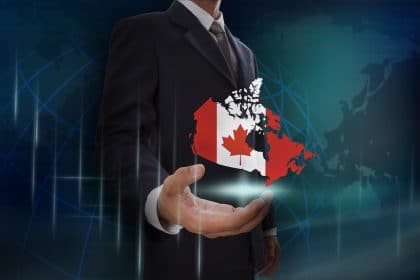 Immigrants – and especially newly-arrived ones – are more likely than other Canadians to buy businesses or set up their own, reveals a Statistics Canada report.

“Recent immigrants were more likely to enter business ownership than Canadian-born individuals,” wrote Statistics Canada chief Douwere Grekou and analyst Bassirou Gueye in their report, Who Were the Men and Women Entering Business Ownership in Canada in 2016?

“This is in line with the literature, which shows that immigrants in Canada are keen on becoming business owners,” they wrote.

The report, which was published on Monday and funded by Ottawa’s Women and Gender Equality Canada department, looked at 24 million people in Canada to determine what type of person became a business owner in 2016 and why they decided to either buy a business or start one themselves.

Although women and men were influenced by almost the same factors, statistically-significant gender differences were found for all variables and showed that men tended to enter business ownership proportionately more than women,” the report states.

The study also found that losing a job often tended to lead someone to go into business for themselves and that men and women who were either married or in a common-law relationship were more likely than single people to take up entrepreneurship.

Among the big differences in men and women who choose to become entrepreneurs was the ownership structure of the companies they eventually form or buy.

The authors of the report note that the propensity of newly-arrived immigrants to start businesses was an important finding that could influence Canadian policy-making as the country seeks to jumpstart its economy recovery after the COVID-19 global pandemic.

The desire of many immigrants to own a business is one of the things which makes the Start-Up Visa program an excellent choice and a great opportunity for so many seeking permanent residence in Canada.

Budding entrepreneurs who want to benefit by starting businesses in Canada through the Start-Up Visa program can get Canadian permanent residence if they qualify as immigrant entrepreneurs.

Under the Canada Start-Up Visa program, three types of private-sector investors are considered: angel investors, venture capital funds, and business incubators. A designated venture capital fund must confirm that it is investing at least $200,000 into the qualifying business.

Candidates can also qualify with two or more commitments from designated venture capital funds totalling $200,000. A designated angel investor group must invest at least $75,000 into the qualifying business.

Candidates can also qualify with two or more investments from angel investor groups totalling $75,000. A designated business incubator must accept the applicant into its business incubator program. It is up to the immigrant investor to develop a viable business plan that will meet the due diligence requirements of these government-approved designated entities.

That’s usually done with the help of business consultants in Canada’s start-up ecosystem with oversight from experienced corporate business immigration lawyers who can ensure a start-up’s business concept meets all industry-required terms and conditions.

Candidates applying under the Start-Up Visa program can initially come to Canada on a work permit supported by their designated Canadian investor before their application for permanent residence is finalized.

The basic government-imposed candidate eligibility requirements for the Start-Up Visa program are:

Ottawa does not give financial support to new Start-Up Visa immigrants. When candidates apply, they need to show evidence they have the finances to support themselves and their dependents in Canada. This money cannot be borrowed.

Additionally, it often occurs that candidates will need to show additional, sufficient funding to meet start-up costs of their business project, as a condition of investment by a designated entity (VC or Angel).

This is an area where experienced legal consulting will prove invaluable. The amount of settlement funding needed depends on the size of the candidate’s family.

Certainly, the Start-Up Visa program is growing in popularity. In 2019, the total number of new permanent resident-approved admissions reached 510, more than double the 250 welcomed in 2018. The figures have been increasing steadily over the last five years.

The Start-Up Visa program also represents an important option for international students, many of whom do not qualify for permanent residence through the skilled worker immigration streams. While Ottawa has taken steps to gear up the Express Entry system to favour international students, they are by no means guaranteed to qualify for a coveted Invitation to Apply under the Comprehensive Ranking System (CRS).

The minimum score needed to qualify has often been over 470, leaving many students unable to qualify even with the support of a job offer from a Canadian employer. These candidates can either sit in the Express Entry pool and hope the minimum score under the CRS falls or they can make the transition from temporary to permanent residence. This is where the Start-Up Visa program becomes an option.

Unlike almost every other federal and provincial-level entrepreneur program which requires a minimum of one or two years of previous experience either owning a business or in top-level management, the Start-Up Visa program does not require previous management experience.

The support of a government-designated entity is enough. And that support can be either financial or in the form of accepting the candidate into a business incubator program. Immigrants who avail themselves of the Start-Up Visa program consistently report that it is quick, both for the initial work permit and permit residence application.

With a viable start-up business project, an immigrant entrepreneur can expect it to take about four to six months to secure a commitment certificate or letter of support from a designated entity. Once that letter of support is received, the application for permanent residence can be submitted.

Surveys suggest Start-Up Visa candidates usually go on to succeed in Canada, in terms of growing their business, attracting further investment, networking or selling their business for a profit.

Through its Toronto based facilities, Immigration.ca works extensively with industry-acclaimed designated entities in the Canadian start-up ecosystem. The firm provides a range of hands-on business advisory services to help intending entrepreneur immigrants and their start-up business concept meet all industry requirements.

To find out if you qualify for the Start-Up Visa program, click here.