When high school students are faced with one of the most important decisions of their lives—whether to attend college or university, and which course of study to pursue, they often base their decisions on “anecdotal information,” The reason for this is a lack of reliable information on how students perform in the labour market once they graduate. 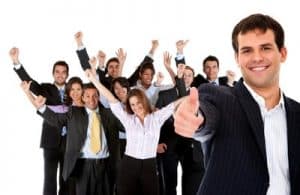 This lack of information makes it hard to make an informed decision when picking a diploma or degree that will lead to a great job at graduation. Students are not the only ones who benefit. The information can also help policy-makers and institutions tailor their programs accordingly.

The Education Policy Research Initiative (EPRI) at the U of O, and is leading a new initiative aimed at quantifying student success with the power of actual data.

Starting with students at his Ottawa institution and broadening out to 14 colleges and universities across the country, the institute is tracking each student through school, and years later, using tax data (in partnership with Statistics Canada) to chart how each performs in the job market in the long term. The data does not name students and strict security protocols are in place to guard privacy.

Under the current program, the EPRI is tracking close to half a million young people across Canada who graduated from 14 colleges between 2005 and 2013, the last year of tax data available. The results from this latest project will be published shortly.

In previous studies, the EPRI’s grad earnings study of 2014, followed University of Ottawa students and found that social sciences grads start out with average earnings of around $40,000, reaching $80,000 13 years later.

Currently, Canada only has one way of tracking its students after they graduate. Compiled by Statistics Canada, the National Graduates Survey relies on self-reported data, and was last published in 2013. Akela Peoples of the non-profit Learning Partnership, which supports publicly funded education in Canada, agrees that good data on student outcomes is hard to come by, with current data being outdated.

British Columbia has its own system of tracking graduates: the Baccalaureate Graduates Survey, carried out as a partnership between the universities and the provinces, which surveys students two years after they finish. The EPRI project at the University of Ottawa linked 99 per cent of all students up to their tax data, capturing a complete picture.

At Mohawk College, in addition to tracking grads, the EPRI is using predictive models to identify students who may need extra help. Using all sorts of information like age, gender, entering grades, socioeconomic background and more, and the college sends emails to alert students to various services on campus—maybe a student success adviser, or a counsellor at Aboriginal Student Services. “It’s an opportunity to communicate.” says Wayne Poirier, vice-president of student services. Mohawk sees it as a way to increase graduation rates, and support students throughout their studies.

However, tracking efforts like this one do come with their own set of challenges—navigating privacy rights in each province, for example.

Universities are being ranked more than ever, and many of them proudly trumpet positive results in international rankings like the Times Higher Education World University Rankings. Forbes magazine publishes rankings of business schools based on a student’s “return on investment,” or how many years it takes a graduate of an M.B.A. program to earn back the money they spent on the degree. Last year York University’s Schulich School of Business was the only Canadian school to be mentioned in the top 10 list of best two-year M.B.A. programs offered outside the U.S.

It’s also important to see whether students themselves would use this data to plot career trajectories.

According to the Learning Partnership, Canada’s youth unemployment is nearly 14 per cent, twice the general population. Young people are keen to gather more information on where the jobs are, and how they can get to those positions.

A mobile and web app, Real Talk, launched by the Learning Partnership and aimed at high school students, saw an unprecedented number of downloads immediately after launch. The app gave students advice from peers about finding work, and eventually a career and its popularity goes to show that, for many young Canadians, issues of employability are a top priority.

Tracking methods such as EPRI do challenge universities to deliver graduates who are job-ready. The goal for future versions of the program is to track more paths followed by those who leave college and university and perhaps track graduates from every postsecondary institution across the country with the help of Statistics Canada.  This it is hoped will reduce rates of unemployment of this age cohort.