Do Not Get Scammed: Canada eTA Costs Only $7 (Audio)

July 27, 2017 – Visitors to Canada could be paying up to 17 times the required amount for an Electronic Travel Authorization (eTA) as unscrupulous scammers set up alternative websites. 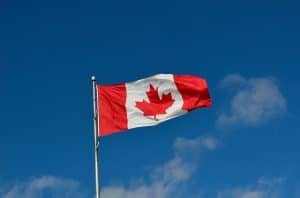 The sites are often designed to resemble the official government portal, but instead of charging $7 for the Canada eTA, they charge anywhere up to $120.

The eTA became mandatory on November 10, 2016, meaning all air travellers from visa-exempt countries required the authorization before boarding a flight.

But fraudsters quickly saw an opportunity to make some money by tricking travellers in to thinking they were obtaining the eTA by official means.

Immigration, Refugees and Citizenship Canada (IRCC) has received hundreds of complaints about sites charging exorbitant amounts for the authorization.

The problem is the sites are not doing anything illegal. They do not claim to be the official Canadian government website and often contain small print disclaimers pointing out they are a private entity.

It means the government cannot take any action, while there are also concerns travellers are handing over personal information to private companies with no guarantee on how it will be used.

The implementation of the eTA suffered serious teething problems, with confusion over who needed one and travellers frequently turning up to airports without the authorization.

As part of the implementation, a new requirement for Canadian dual citizens meant they could only fly into Canada using their Canadian passport. The change has seen a surge in Canadian passport applications. Canadian missions in Australia, the UK, France and Germany say the increase in application numbers has caused processing times to double in some cases.

The dual citizenship issue was one of a number of problems with the eTA roll-out, for which the federal government faced severe criticism.

A further requirement means Canadian permanent residents must prove their status before flying. If they cannot, the figures suggest they are choosing to renounce their status on the spot.