With 1,350 spots for its Provincial Nominee Program and 800 in the Atlantic Immigration Pilot, places are there to be filled.

N.S. could beat the post-war high it set in 2016 of more than 4,800 newcomers, Syrian refugees included. 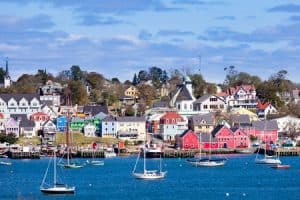 McNeil said: “Immigration is a key priority for the government.

“Immigrants help to drive our economy from one end of the province to the other with their energy and entrepreneurial spirit.”

The Atlantic Immigration Pilot, which will open in March 2017, has streams for high-skilled and medium-skilled workers, plus foreign graduates.

Up to 2,000 new immigrants will arrive in the four Atlantic provinces under the program.

The pilot is employer-driven, meaning candidates need a job offer. However, that employer will not need a Labour Market Impact Assessment (LMIA), which should streamline the process.

A key part of the pilot is a needs assessment and settlement plan, informing the candidate and the candidate’s family about where they are moving to, and where they can get help once they get there.

For the graduate stream, candidates must have graduated from a public university in one of the four provinces, as well as have a job offer.