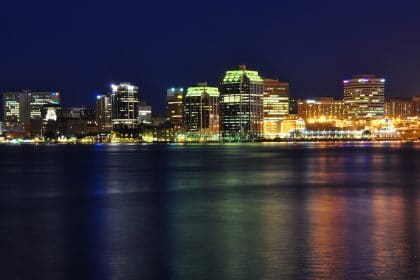 September 12, 2018 – Nova Scotia restaurants are at the sharp end of the province’s aging population, with nearly two-thirds reporting difficulties in finding staff.

Chefs, waitresses, bar staff and kitchen helpers are all in short supply, especially as young people return to school after the summer.

The growing Nova Scotia restaurant scene employs more than 30,000 people and is becoming a crucial part of the province’s economy.

But with a shrinking labour market due to an aging population and high out-migration, finding the people to fill the positions is becoming more and more difficult.

Federal and provincial governments are well aware of the labour shortage facing the Atlantic Canada region, set to become more acute over the next decade.

The problem is not one that can be solved simply by bringing in more immigrants.

Retaining newcomers has always been an issue, with the draw of Canada’s big cities strong once permanent residence is achieved.

Early Childhood Educators were the first focus occupation under the stream, although there is scope for  it to be used to target restaurant workers.

What Are The Requirements for Nova Scotia Labour Market Priorities: Express Entry?

With streams for high-skilled workers, intermediate-skilled workers and international graduates, the AIP is designed to bring a range of new immigrants to the region.

Candidates identified by employers receive a needs assessment and receive a settlement plan focused on the area they are moving to.

Employers must apply for and be granted a provincial endorsement before the candidate can apply to the federal government for permanent residence.

The hope is to target the AIP only at candidates prepared to build their lives in the region.

With the right planning, it may be possible for Nova Scotia restaurant operators to leverage the AIP to their benefit.

The work experience, education, and job offer a candidate needs depend on whether they are applying as a worker or an international student graduate. The other requirements are the same for both.

The AIP started slowly, failing to reach its intake target of 2,000 candidates in the region in 2017.

However, the government has already increased the allocation from 2,000 to 2,500 places for 2018, as employers become accustomed to how the pilot works.

This is despite the government’s 2018 immigration levels plans including only 1,000 spaces for AIP candidates.

What Are The Federal Government Targets For The Atlantic Immigration Pilot?

The growing success of the AIP has turned heads in the Northern Ontario region, with calls for a similar program to be formed to help labour shortages there.

Often the smaller towns in Canada’s most populous province find themselves forgotten among the droves of immigrations settling in big cities like Toronto and Ottawa.

Now they want the problem addressed with a specific pilot program like the one being operated in the Atlantic region.