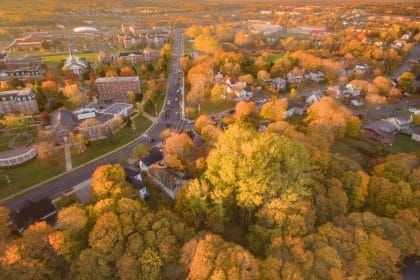 February 15, 2019 – Nova Scotia is close to hitting its 2024 target of retaining 10 per cent of international students in the province after they graduate.

Through innovative immigration policies, such as Nova Scotia Study and Stay, the province is seeing success as it tries to reverse an aging population trend.

The Nova Scotia Nominee Program (NSNP) also operates the International Graduate Entrepreneur Stream, while the province also falls under the Atlantic Immigration Pilot, which has an international graduate category.

The 10 per cent target was set in the provincial government Ivany report of 2014, out of which came One Nova Scotia, a body set up to achieve some of the report’s targets.

Since 2014, the province has sharply increased the number of international students nominated for permanent residence, from 35 to 440 in 2018.

While not all those nominations are successful, the numbers reveal the province’s motivation to push international students to stay.

Federal government data shows the number of new permanent residents who previously held a study permit increased from 125 in 2015 to 210 in 2018.

In looking to retain international students, Nova Scotia is taking its lead from the federal government, which sees the group as important new permanent residents of Canada.

International students are young, educated, have the required language skills and experience of life in Canada, factors which make them able to integrate quickly as permanent residents.

Nova Scotia Study and Stay specifically targets international students from China, India and the Philippines, providing them with support for the duration of their courses to help them develop a successful career in the province.

It does this through employment events, activities and workshops, plus career workshops and opportunities to learn in the workplace.

Nova Scotia ‘Study and Stay’: Who is eligible?

The International Graduate Entrepreneur stream is aimed at recent graduates from a Nova Scotia university or the Nova Scotia Community College. They must have started or purchased a Nova Scotia business and operated it for a year on a Post-Graduation Work Permit.

Candidates are nominated for permanent residence if they intend to settle in the province. The stream works on an Expression of Interest format.

The Atlantic International Graduate Program is aimed at candidates who have a degree, diploma or other credential from a publicly-funded institution in an Atlantic province. Work experience is not required. The job offer must last for at least one year.