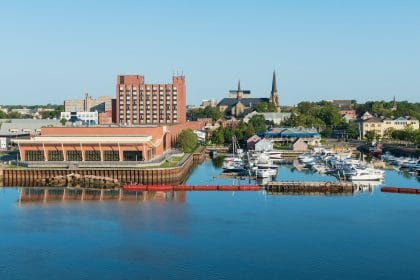 January 18, 2019 – Prince Edward Island may be Canada’s smallest province, but it packs a major punch when it comes to immigration.

The latest figures show PEI welcomes the newest permanent residents compared to the population of any Canadian province, at 1.37 per cent.

That is a full half a percentage point above the national average of 0.87 per cent.

Federal government data on new permanent residents for the 12 months from December 2017 to November 2018 shows which provinces are succeeding in attracting significant levels of new immigrants.

The only other province to get near the PEI figure is Saskatchewan, which welcomed new permanent residents totalling 1.32 per cent of its population in the given time period.

Neighbouring Manitoba (1.1 per cent) was the only other province to break the one per cent barrier.

With Canada’s federal government hatching an ambitious plan to get total immigration levels up near one per cent of the population by 2021, it is clear which provinces have the room for increases.

While PEI storms ahead, the other three Atlantic provinces make up the three of the bottom four places in the percentages.

Rock bottom is Newfoundland & Labrador, with new permanent residents totalling just 0.29 per cent of its population.

New Brunswick, meanwhile, recorded a figure of 0.59 per cent, and Nova Scotia 0.62 per cent.

This kind of data is why the federal government is looking to bring more new immigrants to the region via the Atlantic Immigration Pilot. 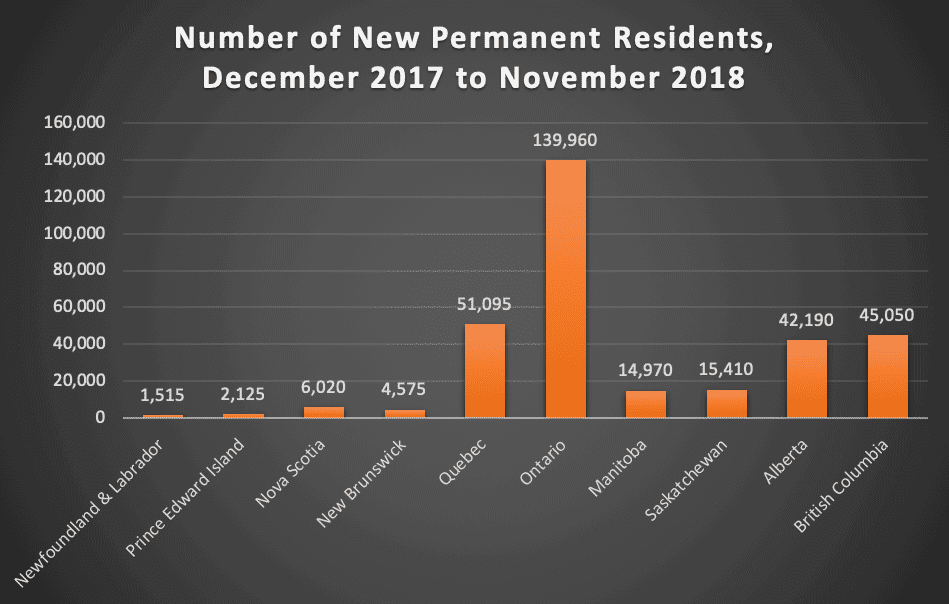 The joint federal-provincial program is expected to see as many as 4,000 new immigrants per year arrive in the Atlantic region by 2020.

Meanwhile, the other member of the bottom four is the French-speaking province of Quebec, which welcomed new permanent residents totalling 0.61 per cent of its population in the given time period.

Quebec sets its own immigration levels targets and manages its own Economic Class intake.

Despite being so low on the percentage chart, the provincial government is planning to reduce immigration levels by 20 per cent in 2019, from a target of 50,000 to a target of 40,000 newcomers.

Canada’s largest province was the destination for nearly 140,000 new immigrants from December 2017 to November 2018, not too far off half the national total of nearly 325,000.

Ontario’s huge population of nearly 14.5 million gives it a new permanent resident percentage of 0.97 per cent, healthily above the national average.

The exact same percentage of 0.97 was also recorded by Alberta, which welcomed 42,190 immigrants in the given time period.

Lastly, British Columbia welcome 45,050 newcomers between December 2017 and November 2018, representing 0.9 per cent of its provincial population.

Choose a Province to Learn More About the Provincial Nominee Program