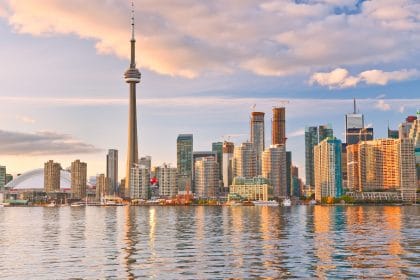 March 18, 2019 – Ontario has received a total federal government nomination allocation of 6,900 for 2019 under the Ontario Immigrant Nominee Program.

The figure represents a 4.5 per cent increase on the allocation of 6,600 nominations received by Canada’s largest province in 2018.

After reaching the nomination limit in November 2018, Ontario was granted 250 extra nominations, meaning it nominated a total of 6,850 candidates for permanent residence last year.

The federal government believes candidates who are already in Canada on work permits, through programs including the Temporary Foreign Worker Program and the International Mobility Program, can be quickly integrated as permanent residents.

As Canada’s largest province, admissions through the OINP are only a fraction of the new permanent residents arriving in Ontario each year. The province receives the vast majority of its new immigrants via federal programs.

The 6,850 nominations issued in 2018 represented 13,571 candidates including family members. In total, Ontario welcomed 137,395 new permanent residents in 2018, according to the latest figures.

Breakdown of Ontario Nominations Issued In 2018

A recently-released provincial report highlighted that a quarter of 2018 nominations went to candidates with skills and experience in technology occupations.

Ontario also surpassed its 5 per cent target for Francophone immigration, reaching a record high of 7.7 per cent or 526 Francophone nominees through both the French-Speaking Skilled Worker Stream and the Human Capital Priorities Stream.

Candidates from India and China dominated Ontario nominations in 2018, accounting for more than 4,000 out of the 6,850 candidates.

However, the province issued nominations to candidates from 147 different countries in total.