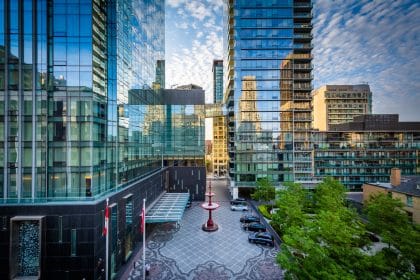 The initiative was part of several developments included in the provincial government budget, announced on Thursday April 11, 2019.

Others include a pilot to help bring skilled worker immigrants to Ontario’s smaller communities, expansion of the OINP’s existing Entrepreneur Stream and the addition of truck drivers and personal support workers to the Employer Job Offer: In-Demand Skills Stream.

The budget statement said: “Through the modernization of the OINP, and in tandem with its other initiatives, the government will continue to ensure that Ontario’s workforce remains among the most highly skilled for the modern economy.”

It added: “Ontario’s government … calls on the federal government to work with the province to ensure that the OINP’s nomination allocation and the NOC codes are fair and allow the province to meet its evolving labour market and unique economic needs.”

In a brief statement containing few details, the Ontario government outlined its plan for the OINP in four areas.

The technology sector stream is a response to the growing IT industry in Ontario, centred around Toronto which is considered the fastest growing tech market in North America.

Ontario’s smaller communities have often complained they are overlooked in terms of their struggles to attract high skilled immigrants.

While the province as a whole attracts thousands of new immigrants each year, the vast majority settle in Toronto and Ottawa, leaving other areas to struggle with shrinking labour markets and aging populations.

The pilot would follow the federal Northern and Rural Immigration Pilot that launched earlier in 2019.

Ontario says: “To better reflect employer and labour market needs, the government will seek to expand the occupations eligible for the Employer Job Offer: In-Demand Skills Stream to include transport truck drivers and personal support workers.”

Among other requirements, applicants must have a permanent, full-time job offer and one year of cumulative work experience in the last three years in one of the eligible occupations.

Ontario says: “To expand the prospective base of the OINP’s Entrepreneur Stream, the government will recalibrate investment and net worth thresholds to make Ontario competitive with other provinces.”

Ontario’s Entrepreneur Stream is aimed at individuals from outside Canada who want to start a business or buy an already existing business in Ontario.

Currently, the minimum net worth for a business inside the Greater Toronto Area is $1.5 million, and $800,000 for a business outside the GTA. The investment requirement is $1 million within the GTA and $500,000 outside. Candidates must own at least 33 per cent of the business.