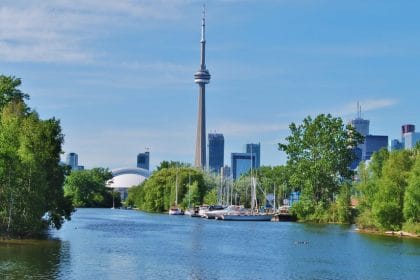 A newly-released Ontario Immigrant Nominee Program report shows strong demand across the board for the provincial streams operated by Canada’s largest province.

The OINP was granted an extra nomination allocation for the second consecutive year by the federal government, after reaching its initial allocation of 6,600 nominations in November.

An extra 250 nominations were granted in December, bringing the total to 6,850 primary candidates, with 6,721 spouses and dependents.

Breakdown of Ontario Nominations Issued In 2018

The provincial report highlighted that a quarter of 2018 nominations went to candidates with skills and experience in technology occupations.

Ontario also surpassed its 5 per cent target for Francophone immigration, reaching a record high of 7.7 per cent or 526 Francophone nominees through both the French-Speaking Skilled Worker Stream and the Human Capital Priorities Stream.

Candidates from India and China dominated Ontario nominations in 2018, accounting for more than 4,000 out of the 6,850 candidates.

However, the province issued nominations to candidates from 147 different countries in total.

Analyzing the core attributes of successful candidates, statistics showed more than a third had an Ontario job offer in hand prior to nomination.

Meanwhile, more than 94 per cent had a post-secondary degree, and 60 per cent had high language skills at Canadian Language Benchmark Level 7 or above.

Ontario plans to be as responsive as possible to the needs of employers during 2019. It is yet to receive its federal government allocation for this year.

Nominations issued and permanent residents received through the OINP represent a fraction of the Ontario total.

As Canada’s largest province, home to the largest city of Toronto, thousands of newcomers through federal programs choose to make Ontario their home.