The federal government has taken fire for Quebec`s Immigrant Investor Program (QIIP) which offers residency to wealthy immigrants, mostly from China. Critics accuse Ottawa of disregarding that the vast majority of these individuals settle in British Columbia and Ontario, and deprive these provinces of federal immigrant settlement transfer payments which Quebec is unfairly receiving. 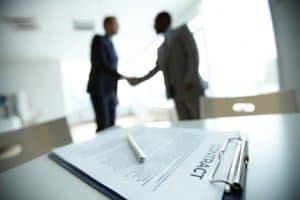 The critics would be better advised to aim their fire at the federal government to reclaim its role as a dominant player in the residence through investment industry as it has the policy basis and the market demand to do so.

Colin R. Singer is immigration counsel for www.immigration.ca and Managing Partner of www.investmentimmigration.com. He is one of Canada’s foremost senior corporate immigration attorneys. Colin is internationally recognized as an experienced and recommended authority on Canadian immigration and foreign recruitment. In addition to being a licensed human resources professional, he is a licensed Canadian lawyer in good standing with the Quebec Law Society for more than 25 years and is authorized by the Canadian government in all immigration matters.