Ottawa Moves To Limit Number of Children in Immigration Detention 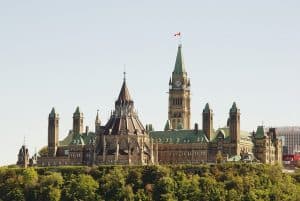 The National Directive for the Detention or Housing of Minors calls for the best interests of the child to be placed at the centre of immigration detention decisions made by the Canada Border Services Agency (CBSA).

It aims to keep children ‘out of immigration detention as much as humanly possible’, according to Public Safety Minister Ralph Goodale. Alternatives can include in-person reporting, cash or performance bonds, community supervision and voice reporting.

Canada’s immigration detention system is controversial, and not only because of its detention of minors.

It is one of the only developed countries not to place a limit on the length of time it holds immigration detainees. The use of provincial jails is also controversial, as it means detainees are held without trial often alongside serious criminals.

Goodale and the Liberal government are trying to change this with a $138 million National Immigration Detention Framework, launched in August 2016.

Central to the overhaul are new and upgraded immigration holding centres in British Columbia, Laval and Toronto. The CBSA will soon begin contract negotiations to have the Salvation Army, the John Howard Society of Canada and the Toronto Bail Program provide supervision and case management services to individuals released to the community, starting in spring 2018.

There are also plans to increase transparency, with the Canadian Red Cross now monitoring detention conditions and statistics regularly posted on the CBSA website. One of the issues raised was that CBSA officials had unchecked power over the treatment of immigration detainees.

Goodale said: “The government of Canada is committed to keeping children out of immigration detention as much as humanly possible and keeping families together.

“We also want to effectively limit the use of detention to those difficult cases where there are serious concerns about the individual being unidentified, a flight risk or a danger to the public; and we need to minimize the use of provincial jails.”