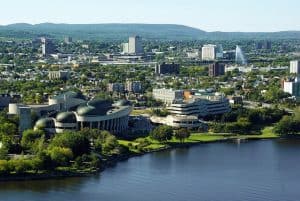 The Minister says the performance of the failing Immigration Consultants of Canada Regulatory Council (ICCRC) is being closely watched while his team’s investigation is being completed.

Hussen says the investigation will be concluded ‘in the coming months’, following recommendations to disband the ICCRC made in recent report by the Standing Committee on Citizenship and Immigration.

“While most consultants may provide important and valuable services to people seeking to become Canadian permanent residents or citizens, we must guard against unscrupulous and fraudulent activities by some consultants,” Hussen said.

Prevalent fraudulent activities include falsely informing applicants about Canadian immigration processes, or advising clients to obtain and/or submit false evidence. No consultant is allowed to charge for services without being a member in good standing of the ICCRC.

Ottawa Under Fire to Reign in Immigration Consultants

Hussen added: “We are undertaking a comprehensive analysis of the committee’s recommendations and we will determine the best path forward to strengthen measures that protect the public from unethical consulting practices in the coming months.

As we have outlined previously, the Immigration Consultants of Canada Regulatory Council (ICCRC) is not doing its job in properly self-regulating the industry.  Several previous attempts have tried and failed to correct the problem. If the current government eventually finds the right solution, it will prove right for it to take its time in doing so.

An overwhelming concern is that unregulated ‘ghost’ consultants are allowed to slip through the net.  The current legal framework does not enable ICCRC to police unlicensed consultants inside Canada or abroad.  This leaves the task for CBSA and RCMP, as well as the federal government to try and address this problem.  A number of high-profile fraud cases have thus made their way into the Canadian legal system.

The immediate need to protect the public is clear. Hussen must also consider implementing transitional measures to relieve its current executive and appoint a suitable temporary replacement.  This could also include participation from each of the 10 provincial and territorial law societies, pending the creation of a new entity.  Such action would go a long way to help preserve the integrity of our immigration system and ensure it does not become further compromised.