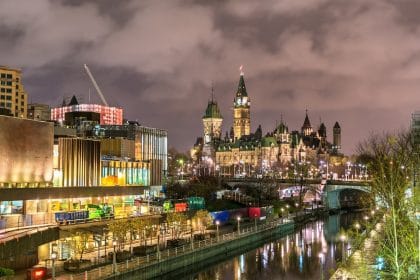 Proposed changes would mean TFWs who have proven mistreatment to be able to find employment elsewhere in Canada.

Currently workers who find themselves tied to abusive employers through their work permits face the threat of losing their status in Canada if they make a complaint.

Immigration officers currently do not have the power to issue new work permits in cases where TFWs have been subjected to abuse. Where a complaint is made, officials will order an inspection of the employer in question.

Under proposed changes, officers will have the power to issued open work permits where abuse can be proved. The candidate would be exempt from the $155 processing fee, with the length of the open work permit at the discretion of the immigration officer.

Estimates suggest around 500 TFWs per year would apply for the open work permit.

Figures for 2017 show just over 300,000 TFWs were working in Canada, of which half had work permits tied to a specific employer.

Such work permits are mainly issued to caregivers and agricultural workers.

The move to allow the issuing of open work permits has been welcomed, although many would prefer it to be standard for all TFWs to be issued open work permits, giving them the freedom to move between jobs.

More than 90 employers have been found to be non-compliant with the Temporary Foreign Worker Program since 2017. Punishments include fines and bans from using the program.

The TFWP is administered by Employment and Social Development Canada.

The new regulation is set to come into effect later in 2019, after a public consultation that ended in January.

The province passed Bill 48, the BC Temporary Foreign Worker Protection Act, which will see the creation of licensing requirements and registries for recruiters of foreign workers and employers.

Industries in agriculture, forestry, fishing and hunting account for nearly half of the temporary foreign workers in British Columbia.

Bill 48 received royal assessment in November 2018.  Regulations are expected early in 2019 to bring the act into force.

Two registries will be created for:

Registration will be online and free, with both licences and certificates valid for three years.

The act also provides for an expansion of enforcement tools available to BC provincial officials.

It expressly prohibits certain practices, such as misrepresenting employment opportunities, threatening deportation without cause, and retaining passports.

Under the act, recruiters must also only charge employers for their services. Employers are also prohibited from recovering recruiting expenses from workers via the reduction of wages or benefits.