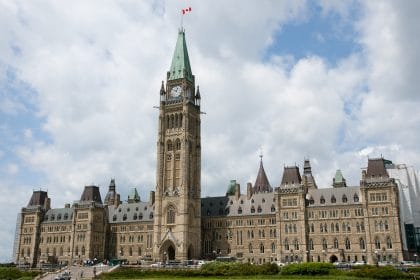 September 13, 2018 – The October 5 deadline is fast approaching for completed applications to be submitted under Canada’s Parents and Grandparents Sponsorship Program.

Following the second draw of 2018, which took place in August, sponsors who received an Invitation to Apply were given 90 days to apply to the federal government.

Anyone missing the deadline faces needing to re-enter an Interest to Sponsor form when the window opens again in January 2019 under a new first-come, first-served system.

They will have missed out on a coveted opportunity to apply under a program that is always significantly over-subscribed.

When the randomized draw system was introduced in 2017, the federal government received nearly 100,000 completed ‘Interest to Sponsor’ forms for 10,000 application spaces.

The Canadian government has moved to end the controversial system for selecting candidates.

From next year, Immigration, Refugees and Citizenship Canada will issue invitations to apply based on the order in which online ‘Interest to Sponsor’ forms are submitted.

How to Sponsor a Relative for Canada Immigration

Invitations will continue to be issued until the government reaches 20,000 completed applications, up from a target of 17,000 in 2018.

Families complained that the randomized process gave them no way of knowing if they would ever be selected to reunite with their loved ones.

The process faced stinging criticism from potential sponsors, candidates and other stakeholders.

How Will the Parents and Grandparents Program Change In 2019?

What are the Problems with the Existing Parents and Grandparents Sponsorship System?

1. Impossible to know if you will ever get selected

2. Anyone can enter the lottery pool

Of the 10,000 candidates picked to apply in the first draw of 2017, just a few thousand submitted applications. Under the old system, the application quota would be met every year.

How Many Parents and Grandparents Does Canada Admit?