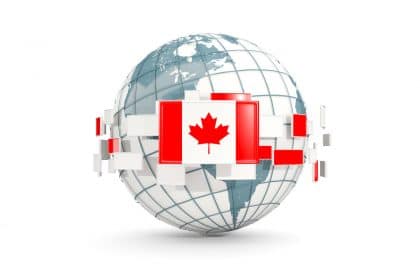 April 24, 2019 – A new academic study has highlighted the lasting benefits of immigration to high-receiving regions of the U.S.

‘Immigrants and the Making of America’, by Sandra Sequeira, Nathan Nunn and Nancy Qian, studies the effects of European immigration to the U.S. between 1850 and 1920 on economic prosperity.

Assessing the Economic Impact of Migration

Despite many of the immigrants arriving with little education or skills, the study found the positive effects are still being felt more than a century later.

Waves of immigration between 1850 and 1920 included Irish, Germans, plus those from the south and east of Europe.

Simply put, the study found that U.S. counties with higher immigration are more prosperous than those without.

The study used modelling related to the link between immigration and railroads during the era in question to gather data on the level of immigration by U.S. county.

Counties that welcomed more immigrants were found to have fewer people below the poverty line today than those with limited historical immigration. Unemployment rates were also found to be lower in immigrant-receiving counties, and the average per-capita income higher.

Crime levels were the same between both high and low immigrant-receiving counties.

The study showed that despite the low education and skill levels of the immigrants, their children achieved more than native-born Americans, a trend that has had an impact in the present day.

The study is the latest of many to highlight the positive economic effects of immigration and how that positive impact grows with future generations.

The conclusions support similar Canadian studies on the impact of immigration on the Canadian economy.

There is conclusive evidence that immigrants admitted to Canada under all programs are far more likely to start businesses than their Canadian counterparts, a key component for economic growth.

A Statistics Canada paper released in March 2016 entitled Immigration, Business Ownership and Employment in Canada concludes that ‘rates of private business ownership and unincorporated self-employment are higher among immigrants than among the Canadian-born population’.

Meanwhile, another Statistics Canada study highlighted that immigrant children outperform their Canadian counterparts in terms of both high school and university graduation rates. The study found 91.6 per cent of children who arrived in Canada between 1980 and 2000 graduated high school, against 88.8 per cent of their Canadian peers.

In terms of university graduation, that gap widened to 35.9 per cent of immigrants versus 24.4 per cent of Canadians.