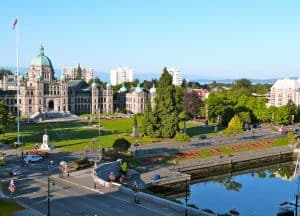 March 23, 2018 – Canadians are refusing to budge on their positive attitude towards Canada immigration despite a range of factors that might challenge that view, according to a new poll from the Environics Institute.

Asylum seekers flocking over the U.S. border, worldwide growth in anti-immigration sentiment, thousands of Syrian refugees welcomed and the federal government plan to welcome a million immigrants in the next three years all play into the immigration debate. But most Canadians do not believe immigration levels are too high here, according to the poll.

Some 60 per cent of Canadians disagreed with the statement ‘there is too much immigration in Canada’ in the survey, conducted during February 2018. More of those surveyed than 2017 believed immigrants were adopting Canadian values, while 80 per cent felt immigrants had a positive impact on the economy.

The numbers have remained steady for a decade, showing that Canadians are not being influenced by events in the U.S., where President Donald Trump was elected on an anti-immigration platform, or in the U.K., where voters chose to leave the European Union.

The survey centred around four main statements and asked 2,000 respondents if they strongly agree, agree, are unsure, disagree, or strongly disagree.

Statement One: “Overall, there is too much immigration in Canada.”

Statement Two: “Overall, immigration has a positive impact on the economy of Canada.”

Canada’s immigration system is one of the most advanced at accepting economic immigrants in the world, and that stems from the belief that immigration fuels economic success. This shows in the results of the survey, where 80 per cent of respondents agreed with this statement, an increased of two percentage points since 2017. Just 16 per cent of Canadians disagree with this statement, down four percentage points on 2017.

“Most people claiming to be refugees are not real refugees.”

Despite the hoards of asylum seekers crossing from the U.S. and the more than 40,000 Syrian refugees being welcomed, there was still a greater percentage disagreeing with this statement.

Some 45 per cent of Canadians said they disagreed, compared with 38 per cent who agreed. Opinions in this area have also softened since 2017, with declines in respondents who both strongly agreed and strongly disagreed with the statement.

“There are too many immigrants coming into this country who are not adopting Canadian values.”

The ‘Canadian values’ question has been highly politicized of late, with Conservative leadership candidates suggesting a values test is needed for new immigrants.

The key takeaway from the latest Environics poll is that Canadians are maintaining continued positive attitudes towards immigrants despite a global shift in opinion.

It should be noted that the survey was the first since Canada’s federal government announced a plan to welcome nearly a million newcomers between now and 2020.

The Environics team concluded: “Results of this latest survey show that Canadians as a whole continue to be more positive than negative about the current levels of immigrants coming to this country, and with the legitimacy of refugees who have been arriving.

“A significant proportion still believe too many immigrants not adopting Canadian values remain, but this concern continues to gradually wane over time.”