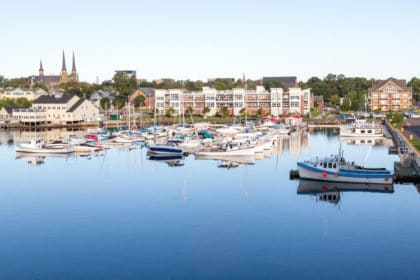 2019-10-17 – The Prince Edward Island provincial government took in more than $17 million in withheld deposits from immigrant investors despite cancelling the business stream more than a year ago.

Accounts for the financial year ending March 31, 2019 show the province made $17.4 million from business immigrants who came in through two streams of the PEI Provincial Nominee Program.

The amount is similar to the previous year, when $17.6 million was netted by the province.

Candidates were using it as a back door to permanent residence, prepared to lose the $200,000 deposit in return for their status in Canada.

The majority had no intention of starting a business on P.E.I., or living in the province. Instead, once the permanent resident status was granted, they used the right of free movement to move elsewhere in Canada, usually Toronto, Vancouver or Montreal.

Given the last invites through the two streams were issued in September 2018, candidates are likely still arriving in Canada.

From the date of the invitation, candidates have 60 days to submit a full application. After processing, arrival in Canada is likely to be more than 12 months after submission, depending on individual cases.

The two streams were plagued with problems and were subject to two major fraud investigation by the Canada Border Services Agency (CBSA).

In the first, two defendants were accused of fraud over allegations hundreds of candidates claimed to have lived at just three addresses on the island, as required by the entrepreneur stream.

The second probe alleges a similar scheme and a similar number of candidates.

This brings P.E.I. into line with the other Canadian provinces by offering a two-step route to permanent residence.

Candidates establish their business in the province while on a temporary work permit, with an invitation to apply for PR only issued once specific conditions have been met.

What Are The P.E.I. Work Permit Stream Requirements?