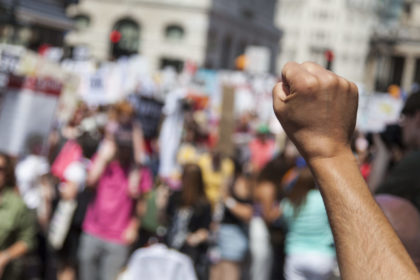 Protestors gathered in Montreal on Monday to campaign against reforms to the Quebec Experience Program (PEQ) proposed by Immigration Minister Simon Jolin-Barrette.

The demonstration took place outside Jolin-Barrette’s office on St-Laurent Boulevard in the city.

The provincial immigration minister plans to make it more difficult to qualify for the popular program, mainly by increasing work experience requirements.

The changes are Jolin-Barrette’s second attempt at reforming the PEQ after he was embarrassingly forced to reverse changes made in fall 2019.

But demonstrators are equally as unhappy with the new proposed changes to the program, which offers foreign students and temporary workers with a fast track to permanent residence.