March 15, 2017 – Canada immigration ranks behind only Australia and the United States as one of the top choices for millionaires, according to a new report.

The figures, published by South African research firm New World Wealth, show a 28 per cent jump in the worldwide movement of millionaires from 2015 to 2016, and a 60 per cent increase between 2013 and 2016. 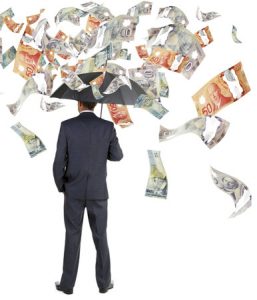 There has also been an important change in the motivation for millionaire migration.

No longer does a liberal tax regime figure high on the list of priorities for millionaires looking to change countries.

Now they are more often looking to secure the future of their children by moving to countries that are stable and have good private high schools and universities.

The increasing number of investment immigration programs is also making it easier for millionaires to move.

Although Canada scrapped its federal immigrant investor program in 2014, there remain several provincial avenues for high net worth individuals to invest their way to Canada immigration.

The most popular – and the only passive investment option – is the Quebec Immigrant Investor Program, which requires $800,000 investment and a minimum net worth of $1.6 million.

The three primary conditions to be eligible for Quebec immigration under QIIP are:

The other provinces have a variety of business and entrepreneur programs that require the investor to take a day-to-day role in the running of the operation in order to secure Canada immigration.

Wealthy Chinese are the chief candidates for the programs, with figures showing 337,000 people with citizenship from the Far East country were given Canada visas in 2015.

Both Australia and the U.S. have similar investment immigration options and are also reliant on Chinese candidates.

Some 90 per cent of the 1,300 foreigners who have immigrated to Australia through the Special Investor Visa are Chinese citizens.

Meanwhile, it is well documented that Chinese immigrants dominate the candidateship for the US EB-5 investment visa, so much so that the waiting list is now years long for applicants from China.

Experts say the growing trend for millionaire migration is evidence that the rich no longer see themselves as belonging to a certain country.

Increasingly, those in the extremely wealthy bracket are becoming totally mobile in the way they operate.

Despite the Chinese being the major players on the investment immigration scene, New World Wealth figures show France lost the most millionaires in 2016, with 12,000 leaving the European country.

China was close behind, with 9,000 departing millionaires.

Experts put the exodus from France down to safety and religious tension that is prevalent in French society.