March 10, 2017 – The Canada unemployment rate dropped to 6.6 per cent February – equalling the lowest level for almost a decade in another strong month for Canada jobs and the Canada economy. 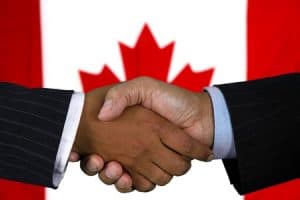 Statistics Canada reported the addition of another 15,000 jobs in the latest Labour Market Survey, as the figures continue to contradict the predictions of economists.

In the year to February, Canada added 288,000 jobs to the economy in an unexpectedly strong 12-month period.

Bloomberg economists had predicted the number of Canada jobs would fall by 5,000 over the month, highlighting the impressive performance.

Provincially, British Columbia, Saskatchewan and Manitoba were the strongest performers on the jobs front, while Nova Scotia and Newfoundland & Labrador both struggled.

The figures combine with strong months in December and January to develop a picture of an advancing Canadian economy.

Analysts are quietly suggesting this is further evidence that the Canadian economy has turned a corner into a period of significant growth.

In January, Canada jobs figures showed employment rose by 48,300 jobs, a decent gain in isolation, but increasingly significant when added to consistent monthly gains since August 2016.

Canada saw its largest jobs gain for more than six years in the fourth quarter of 2016, with 108,000 more people in work heading into the new year. A larger jobs gain has not been seen since the second quarter of 2010. The 0.6 per cent quarterly increase built on a gain of 62,000, or 0.3 per cent, in the previous quarter.