February 10, 2017 – An ability to speak English or French is more important than where you were born when it comes to being a true Canadian, according to a new poll.

The Pew Research survey asked several questions about national identity, with language skills and sharing customs and traditions coming out on top in terms of what it means to be Canadian.

Almost nine in 10 said being able to speak English or French was either very (59%) or somewhat important (29%) to being considered a true Canadian.

A similar proportion said sharing Canadian customs and values was either very (54%) or somewhat important (36%).

Religion and birth place are less important, according to the poll results. 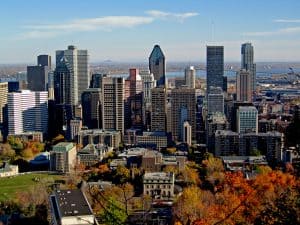 Just 21 per cent of respondents considered being born in the country as an important part of being Canadian.

More older Canadians (28%) than younger ones (13%) felt birthplace was important.

Those with Conservative political leanings (24%) felt birthplace was more important than Liberals (16%).

Some 54 per cent of respondents said adhering to cultural norms was an important part of being Canadian.

This figure was higher among the over-50s, with 61 per cent of that age bracket holding cultural traditions as important, while only 41 per cent of those aged 18 to 34 agreed.

Just 15 per cent said being Christian was very important to the Canadian national identity.

This was higher among the older generation (25%) and dramatically lower among younger people (6%).

Again, a similar trend was seen on the political spectrum, with 21 per cent of Conservatives saying being Christian was important and just 5 per cent of Liberals.

Some 59 per cent of respondents said speaking English or French was very important to being considered a true Canadian.

While the result was the highest of the Canada results, it was a smaller share when compared to responses to the same question in other countries.

The positive attitude of Canadians towards immigration is increasingly held up as an example on the global stage, as protectionism takes hold in many countries.

The Pew Research poll shows there are many factors to be considered when assessing exactly what makes a Canadian Canadian, with each one holding a different weight depending who you ask.