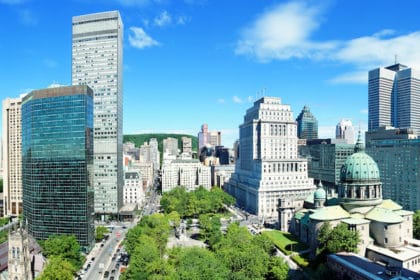 The Statistics Canada Labour Force Survey puts the French-speaking province second only to British Columbia in terms of provincial unemployment.

Canada-wide, unemployment edged up to 5.7 per cent in July, with 24,200 fewer jobs and more people looking for work.

From a demographic standpoint, employment for men aged 25 to 54 rose by 24,000 in July, with their unemployment rate dropping to 4.9 per cent.

Core-aged women, meanwhile, moved in the other direction, losing 18,000 jobs, with the unemployment rate rising by 0.2 percentage points to 4.5 per cent.

In the 55 and over demographic employment show negligible change in July for an unemployment rate of 4.9 per cent. Over the last year it is up 138,000, or 3.8 per cent.

Quebec spearheaded the provinces, with the 16,600 jobs added coming mainly in manufacturing and construction. Employment has increased by 96,000 over the last year in the French-speaking province, an increase of 2.3 per cent.

Prince Edward Island saw a healthy increase of 1,000 jobs in July, causing the unemployment rate to drop by 0.9 percentage points to 8.4 per cent. PEI has now added 2,200 jobs in the last year, an increase of 2.9 per cent given its low population.

British Columbia continues to lead the way on unemployment, edging down by 0.1 percentage point to 4.4 per cent. The province has added 94,000 jobs in the last year, an increase of 3.8 per cent.