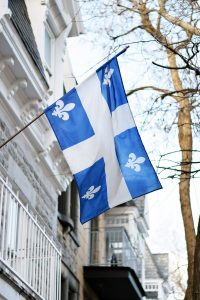 April 20, 2018 – A clash over asylum seekers between the Quebec provincial government and federal officials has been avoided following new agreements related to the rising number of people illegally crossing the Canada-U.S. border.

More than 6,000 people have entered Quebec from the U.S. so far in 2018, triple the number seen by this point in 2017. The French-speaking province received 25,000 asylum seekers from legal and illegal crossings last year, half of the total for the whole of Canada.

Now, as the numbers start to rise given the warmer weather, Quebec wants to see a solid plan in place for how the spike in irregular migrants will be dealt with.

Some estimates are suggesting the tide could rise to as many as 400 people per day crossing between legal border points during 2018, after a spike seen in the 250-300 range in July and August 2017.

At the latest meeting of the Ad Hoc Intergovernmental Task Force on Irregular Migration met this week to decide a plan of action as the number of border crossers begins to rise again.

Key agreements included the formation of a working group look into the $146 million Quebec says it spent as a result of the 2017 influx.

A system will also be put in place where asylum seekers arriving in Quebec are asked where in Canada they want to go. Quebec officials then want to see the new arrivals helped to get to their where they are hoping to stay, if their cases are approved.

Immigration Minister Ahmed Hussen says a continued information campaign based on the nationality of those crossing is the way to deal with the influx. But critics say more resources should be in place at the Lacolle crossing, which is not a recognized border point.

The latest influx was of majority Nigerian nationals who had no legal status in the U.S. This is suggested to have caught Canadian officials off guard, given the focus of the recent information campaign was Central and South American nations.

The vast majority of those stopped by the RCMP crossed into Quebec, which saw 1,486 intercepted in February and a total of 2,944 for 2018.

The number are significantly higher than the same two months of 2017, although nowhere near the peaks in July and August, as Canada prepares itself for a potential new wave of illegal border crossers as the weather gets warmer.

Concern is centred around the more than 350,000 people expected to lose their Temporary Protected Status in the U.S. over the next 18 months, although these do not include Nigerians.

The influx has swamped Canada’s Immigration and Refugee Board, which now has a backlog stretching into years of cases waiting to be heard.

A government information campaign combined with the start of the school year, is believed to have helped dramatically reduce numbers in September. This supported the argument that the majority of the illegal entrants are in fact economic queue jumpers, seeking a faster entry into Canada.

There have been several calls for Canada to suspend the Safe Third Country Agreement with the U.S., which requires an asylum seeker to make their claim in the first country in which they arrive. The agreement is the reason why those coming from the U.S. are electing to cross the border at remote locations, with the aim of getting arrested and entering the Canadian immigration system.  Such individuals would otherwise not qualify to submit a claim as the Safe Third Country Agreement would prevent them from doing so.