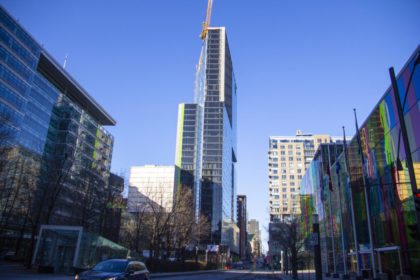 Quebec is making it easier for employers to find highly-skilled immigrants to fill jobs with the launch of a new employer portal within the Arrima Expression of Interest system.

“Faced as we are with the challenges posed by labour shortages in several sectors of our economy, immigration is incontrovertibly the right approach,” Girault said in French.

“It needs to be easily and quickly accessible to meet the needs of Quebec businesses who are struggling to fill jobs with local candidates.”

The new employer portal is available to businesses and organizations in Quebec’s corporate registry and makes it easier for them to:

“With the introduction of the employer portal’s business interface, as well as the resumption of international recruitment activities, the government is acting proactively,” said Girault.

“We are supporting businesses more effectively and acting with more precision. Stepping up efforts to recruit international talent is a priority for our government and an integral part of a strong economic recovery.”

In addition to the employer portal, the province’s Quebec Days event offers recruitment activities abroad and these have resumed in their online version since October.

Companies who have tried out the new employer portal ahead of its launch have given it two thumbs up.

DERYtelecom noted: “The employer portal will allow us to increase our pool of potential applications while benefiting from the personalized support offered by an immigration consultant in every region of Quebec.”

FABELTA Fenestration Systems, a window supplier in Terrebonne, stated: “Using the employer portal is very simple and it is easy to access. It is a relevant tool to help our companies recruit employees.”

Candidates who submit Expressions of Interest in Quebec are selected by the Minister of Immigration, Francisation and Integration (MIFI), Quebec’s immigration authority, to submit an application to the Quebec Skilled Worker Program. Successful applicants receive a Quebec Certificate of Selection (CSQ).

An approved CSQ holder must file an application with Canadian federal immigration authorities. The federal government’s role in evaluating a Quebec application for permanent residence is limited to issues of health and criminality.

According to MIFI, the selection of candidates from the EOI bank is based on criteria defining the person’s profile in terms of employability and contribution to the vitality of the French language.

More specifically, the invitations are based on three main categories:

Applicants from outside Canada, who do not have intermediate to advanced French abilities, have a greater chance of finding work there if their profession is in high demand in Quebec.