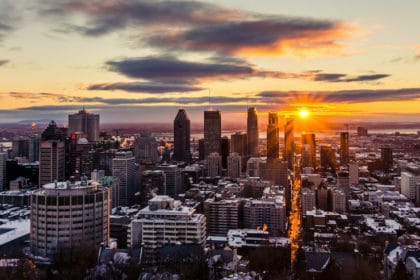 Quebec’s historic low unemployment rate of 4.9 per cent is indicative of the struggle employers face with finding the right people to fill vacancies.

But the provincial government, the Coalition Avenir Quebec, plans to reduce immigration by 20 per cent to around 40,000 newcomers in 2019, with small annual increases thereafter.

The CAQ argued a reduction was needed to allow the overhaul of the province’s system for integrating new immigrants.

It launched in August a new integration program called the ‘Personalized Career Pathway’.

Newcomers will get help from Quebec immigration ministry (MIDI) officers from before they arrive, with the aim of quickly integrating them into the Quebec labour market and community.

However, employers are saying they need people more quickly to help their businesses grow.

The Conseil’s vice-president, Denis Hamel, said: “Our main message is we need more immigrants than what the government is expecting over the next three years.”

CAQ hearings are taking place this week to hear from stakeholders on its immigration plan between now and 2022.

Conseil figures show there are currently 120,000 unfilled jobs in Quebec at a full spectrum of skilled levels.

As the average age of the population increases, the shortage is only expected to get worse.

Hamel says it could result in businesses being closed.

“When you add the figures, you need at least 60,000 immigrants per year for at least the next six or seven years,” he said.

The CAQ’s immigration policy has been a source of controversy ever since the party came to power last year.

After announcing reduced immigration levels, it then moved to overhaul the system for skilled worker immigration, in the process cancelling thousands of applications that were in the backlog.

The new Expression of Interest system, which operates through the Arrima portal, works similarly to the federal Express Entry system.

Candidates first submit a profile to an Expression of Interest Bank, with the best-scoring profiles selected and issued an invitation to apply for Quebec immigration.

Details of the first Quebec draws, focusing on those living in the province and those with a job offer, are yet to be published.