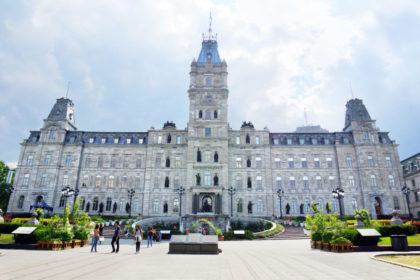 Canada’s francophone province of Quebec has a new guide out detailing all the procedures prospective permanent residents need to take under each of the immigration programs to make La Belle Province their new home.

“The (original) GPI was removed from the MIFI website on Aug. 2, 2018,” wrote immigration department spokesperson Arianne Méthot in French in an e-mail.

Another update to the new immigration procedures guide is the inclusion of the Arrima online immigration portal which was launched in June 2019 to speed up the processing of applications.

The Arrima portal was also created to more easily match potential immigrants to gaps in the labour market. The Arrima employer portal was launched in February last year.

“The Arrima systems allows us to better respond to Quebec’s labour market needs,” said Simon Jolin-Barrette, the Quebec’s minister of immigration, diversity and inclusion, in announcing the online immigration portal.

“Immigration is one of the solutions to the scarcity of labour that affects all of Quebec and we are taking the steps to ensure that immigrants who choose to establish themselves here will be able to participate fully in Quebec society,” he said.

The Quebec immigration minister described boosting immigration as one of the province’s priorities and something needed to meet the needs of Quebec businesses.

“The new system is what we have been demanding for years and it’s going to change things for the better,” said Michel Leblanc, then president of the Montreal Chamber of Commerce, reportedly said when the Arrima system was announced.

The Arrima system, initially used primarily to submit profiles to the Quebec Expression of Interest system, was later expanded to be used for applications, supporting documents and to pay required fees.

After the second wave of the Covid-19 pandemic hit Quebec hard in the second half of last year, the province expanded its use of the Arrima system in mid-January this year to include Quebec Experience Program (PEQ) applications.

Last month, the province stopped accepting paper applications for PEQ applications. They must be submitted electronically through Arrima.