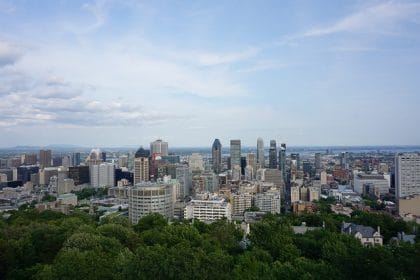 June 12, 2019 – Quebec has the highest job vacancy rate of any Canadian province at 4.1 per cent, a new report reveals.

The French-speaking province’s 120,800 vacancies at the end of the first quarter of 2019 contributed a total of 435,000 unfilled positions, according to the Canadian Federation of Independent Business (CFIB)’s latest Help Wanted report.

The figures lay bare the difficulty employers have in finding staff in Canada’s second most populous province.

Although Ontario has more vacancies, at 174,800, its greater population means a vacancy rate of 3.3 per cent, equal to the national average.

“The national vacancy rate has been steadily climbing for the past two years and it reached another record high last quarter,” said Ted Mallett, CFIB’s vice-president and chief economist.

“The rate of growth is slowing compared to this time last year, but employers in Quebec, BC and Ontario are having a harder and harder time finding workers, especially in the smallest businesses.”

The industries facing the most difficulty filling positions include construction, with a 4.9 per cent vacancy rate, and personal services, at 4.7 per cent.

Others to post vacancy rates above the national average include agriculture (3.8 per cent), hospitality (3.7 per cent), professional services (3.6 per cent) and transportation (3.6 per cent).

Quebec’s high vacancy rate comes at a time when unemployment is at a record low.

At the same time, Quebec’s skilled worker immigration system is stalled as the provincial government looks to overhaul the system.

This has left employers with nowhere to turn in their search for staff.

to be overhauled and the integration of newcomers to be improved.

Through Bill 9, Quebec plans to cancel thousands of existing skilled worker immigration applications in order to transition to the new Quebec Expression of Interest system, which will operate similarly to the federal Express Entry system.

The governing Coalition Avenir Quebec is desperate for the bill to become law before the end of the session on Friday, June 14. They say Liberal politicians on the committee studying the bill are deliberately slowing its progress.

Meanwhile, the CAQ has announced it plans to gradually increase immigration, beginning in 2020, after cutting the number of newcomers by 20 per cent to 40,000 in 2019.