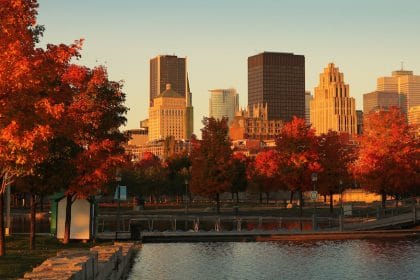 August 10, 2018 – As the October 1st provincial election date approaches, Quebec’s political parties challenging the governing Liberals, have started outlining their proposals on immigration.  Each of the parties are offering employers access to skilled worker immigrants under a revised and more efficient process.

Québec Solidaire, in its immigration plan unveiled as a part of it campaign for upcoming provincial elections in October, has proposed setting up a network of information centers called the Carrefours d’acceuil en immigration.

An immigrant landing in the province without references, jobs, or knowledge about services may choose to leave Quebec altogether if he or she is offered a simpler and easier route to integration by another province.

This is why Québec Solidaire has proposed setting up these centers in all the regions of the province and to have them operate under Quebec’s Immigration Ministry. Immigrants will receive detailed information about jobs, language classes for those aspiring to learn French, and other basic support services through these centers.

The political party has also proposed to enhance funding support for French-language classes in the province. This proposal is expected to cover even those classes offered by companies operating in the province.

Professionals immigrating into Quebec may find it easier to land jobs if Québec Solidaire’s proposal to streamline the recognition process for foreign diplomas of immigrants. This will ensure those studying outside Canada will not be at a disadvantage to an immigrant who has completed his or her studies in Canada before applying for immigration.

The final immigration-centric proposal includes creation of program that will mandate all public sector employers to hire at least 25 of their employees from ethnic and visible-minority candidates.

The provinces other two challenging parties, Parti Québécois and the Coalition Avenir Québec too have outlined new measures and proposals they plan to introduce if voted into power in the upcoming elections.

Parti Québécois’ area of focus includes encouraging immigrants to settle outside Montreal to ensure all regions of the province enjoy the fruits of immigration. Other proposals include permitting only those who are proficient in French to immigrate into the province and to offer fast-track processing to applicants who already have a valid job offer in the province.

Coalition Avenir Québec has said it will give immigrants entering the province up to three years to become proficient in French and to prove their commitment towards Quebec values. The Coalition also indicated that those failing to fulfill these requirements within the specified time period may end up facing action from federal immigration authorities.

While not all these measures may see the light of the day past the elections, the general theme seems to be a combination of duties and privileges. Becoming proficient in French and adopting Quebec values seems to be the main thrust of the PQ platform.

For their part, the governing liberals have recently passed a new expression of interest immigration system with emphasis on rewarding immigrants who settle in Quebec’s outlining areas and promoting occupations that are in high demand.