Quebec Immigration Minister Kathleen Weil confirmed the government’s intentions to undertake the most ambitious reform of immigration policy in more than 25 years.  Titled “Together, We Are Québec” and featuring a federal styled expression of interest system, Quebec will adopt its version to be known as a Declaration of Intent where immigrants are matched with regional economic profiles. The Quebec system aims to increase economic immigration to 70 per cent of its annual intake. 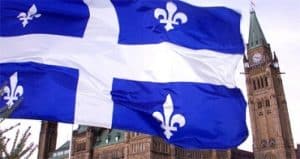 Over a period of five years, the government will allocate a budget of more than $40 Million to help reduce processing delays of application to three months and create programs for international students and temporary workers to become permanent residents.  Statistics show that individuals with strong ties to Quebec have increased chances of successful economic settlement.  These categories would also be eligible for free French online language courses.

Quebec, along with all the provinces in Canada, continues to face continued challenges in recognizing foreign credentials and training gained from abroad.  Individuals whose credentials are not recognized will not be invited to apply to Quebec.  However the government is working with what it terms partners, including cities, chambers of commerce, employers and the regulated professional orders to establish protocols.

The new system will eliminate the first come first served approach to immigration, prevalent in New Zealand and Australia.  Until then Quebec plans to admit 10,000 skilled workers under its current policy starting this year.