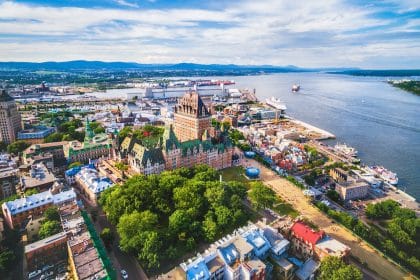 2019-10-30 – The governing Coalition Avenir Quebec is to push ahead with its plan to introduce a values test for new immigrants.

A new regulation published in the Official Gazette on October 30, 2019 means candidates must pass the test before receiving a Quebec Selection Certificate (CSQ).

The CSQ is the document which Quebec immigration candidates take to the federal government to apply for permanent residence.

The regulation will take effect from January 1, 2020.

The CAQ’s original plan, announcing during its 2018 election campaign, was to make passing the test a condition of permanent residence. The new regulation means candidates must pass the test before becoming a permanent resident.

According to the amendment, candidates and their family members “must obtain an attestation of learning about democratic values and the Quebec values expressed by the Charter of human rights and freedoms”.

Quebec Premier Francois Legault said the test is similar to the one for Canadian citizenship.

“If you compare our test to the test that already exists in Canada about knowing Canada, it’s not very different,” he said.

Immigration Minister Simon Jolin-Barrette outlined example questions for the test in a press conference on Wednesday.

Dependent children under 18 and candidates with medical conditions preventing them from taking the test will be exempt.

According to the regulation, candidates will need a score of 75 percent or more to pass the test.

Candidates will have 90 minutes to complete the exam. Quebec democracy, francophone culture, secularism, rights and responsibilities and equality between men and women are some of the subjects it is likely to cover.

Candidates who choose to take the test a third time and fail do not have the option of taking the course.