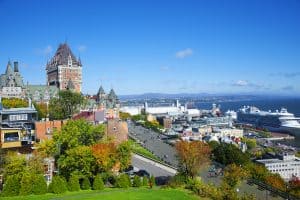 April 13, 2018 – Small Quebec towns are seeing some of the lowest unemployment rates in Canada, with businesses offering better packages and focusing on immigrants to fill in-demand positions.

Chaudiere-Appalaches had a March unemployment rate of 3.4 per cent, while Abitibi-Temiscamingue saw just 4.5 per cent of people out of work, against a provincial rate of 5.6 per cent and a Canada-wide rate of 5.8 per cent.

Once associated with high unemployment, Quebec is now third behind British Columbia (4.7 per cent) and Ontario (5.5 per cent) among the best performing provinces in Canada.

Historically, new immigrants have found it difficult to find jobs in their field in Quebec, particularly where language barriers exist. Well-qualified newcomers have found themselves working positions not representative of their qualifications.

But now some employers are actively looking for immigrants to fill positions. A recent Montreal careers fair highlighted the shortage of qualified people, with businesses happy to focus on new immigrants provided they had the required qualifications.

Officials will be hoping the low rural unemployment will help motivate immigrants to spread out into rural Quebec, where newcomers are traditionally concentrated in Montreal.

Quebec’s population stood at 8.4 million in 2016, up by 68,500 over the course of the year, the Institut de la statistique du Québec recently reported.

Although the current numbers are still lower than the 2009 population increase of 1.1 per cent, the increase in growth rate represents a positive trend.

The French-speaking province welcomed 53,250 immigrants in 2016, up from 49,000 in 2015, the Institut de la statistique du Québec figures also show. The 2016 numbers were spearheaded by the influx of Syrian refugees.

The province still suffers from high losses to inter-provincial migration, although the statistics suggest the numbers are falling.

The Quebec government has exclusive jurisdiction to manage its own comprehensive immigration programs, under a series of agreements dating back to 1981.  It has the largest allocations of immigrants to Canada, among the 10 provinces and 3 territories accounting for approximately 17 per cent of Canada’s planned overall annual immigration levels for 2018.