Recent Asylum Seeker Cases To Be Heard First, Immigration and Refugee Board Says 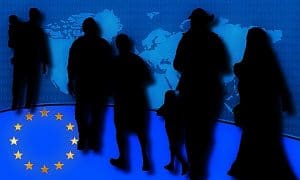 February 2, 2018 – Canada ‘s Immigration and Refugee Board (IRB) has moved to change the way it prioritizes asylum seeker hearings in an attempt to manage an ever-increasing backlog of candidates waiting to have their cases dealt with.

The change means more recent asylum cases will be heard first, with thousands of hearings scheduled for 2018 cancelled to allow for the new policy.

Recent asylum seekers were notified of the change by letter. Despite them being prioritized, the IRB could still only commit to hearing the most recent cases inside two years. It means that those not considered recent claimants will be waiting 24 months and longer for a decision on their cases.

The waiting time crisis at the IRB has been developing for some time, but it has been fully laid bare after the flood of Haitians who illegally cross into Quebec in summer 2017. At its peak in July and August, as many as 300 people per day were illegally crossing the border, looking to escape a Donald Trump crackdown on immigrants afforded special status.

Although the vast majority of the summer cases are being refused, each one requires a separate hearing, which has added to the IRB’s nightmare.

The board was already routinely failing to meet a 60-day time limit for most asylum cases to be heard, introduce by the previous Conservative government in an attempt to fast-track the process.

Experts say that after setting the 60-day timeline, the requisite increase in resources was not provided to ensure it could be realistically met in anywhere near the majority of cases.

Is a New Influx of Canada Asylum Seekers About to Begin?
Ministers Grilled on Reaction to Canada’s Asylum Seeker Surge

The backlog of cases had reached nearly 35,000 in September 2017, and there is no reason to believe that number has done anything but increase since then. The federal government is currently reviewing the system, with a report expected in June 2018.

In the mean time, there is the potential for a fresh surge of people crossing the border illegally, as Trump terminates Temporary Protected Status for a host of different nationalities in the next two years.

Haitians, Nicaraguans, Salvadorians and Hondurans are all set to lose their TPS in the foreseeable future.

Canadian officials say they are confident an ongoing information campaign will limit the number of people who look to cross in to Canada to escape deportation from the U.S.

The message is that illegal border crossers are just as likely to face deportation from Canada as they are from America.