April 3, 2017 – A new report lifts the lid on human trafficking in the US provides workers throughout the American economy, in what has been described as ‘modern slavery’. 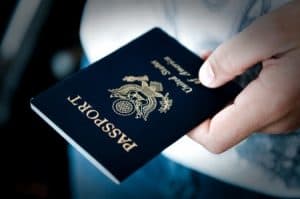 What starts as a chance of USA immigration and a new life for people from countries like Mexico, China, Guatemala and Vietnam ends with them in mountains of debt, living in difficult conditions. Their status means they feel unable to alert authorities when their pay does not materialize.

Anti-human trafficking organization, Polaris, has produced the report into the people who are keeping bars and restaurants running across the U.S. Nail salons, maid services and hotel workers are also provided by the traffickers, the report claims, while several cases involve agricultural workers.

And the trafficking web is so intricate there are several different models for how the workers are brought in, leaving the authorities to pick through and eradicate the methods one by one.

There exists ‘no single, silver bullet’, according to Bradley Myles, the Polaris chief. He hopes the report can bring the situation to the attention of the world.

In producing the report, Polaris looked at more than 42,000 human trafficking and exploitation reports it received through hotlines between 2007 and 2016. The organization hopes the report will help stop traffickers by identify how they run their operations.

U.S. prosecutors admit they have historically had a hard time tackling labour trafficking, and this report aims to provide help in the area.

Specific cases involve Mexicans and Central Americans drawn by promises of a certain hourly rate to come in and do agriculture jobs, but when they arrived the money was significantly lower, they were not given the proper safety gear to do their jobs and were made to live in squalor.

A concerning aspect of cases involving the restaurant industry was that a fifth of those trafficked was a minor. Some of the workers were also forced to provide sex, according to the report.

When they try to quit their jobs, they are threatened with deportation. Some have been told their families back at home will be harmed or killed. Only a third of the cases concerned illegal immigrants, others had valid visas.

The Polaris team says that because the report is based only on hotline calls, the modern slavery problem is likely to be much bigger.