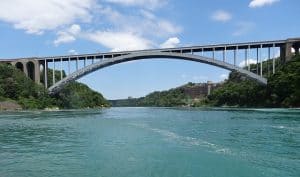 January 30, 2018 – A federal government report has called for a new watchdog to be created to oversee the Canada Border Services Agency (CBSA).

It should also have the power to scrutinize the RCMP’s work in the area, according to the Public Safety Canada report, given the overlap between the two government enforcement bodies.

Public Safety Minister Ralph’s Goodale’s office says legislation is in the works on how to improve oversight of the CBSA, which has often been criticized for wielding unchecked power.

CBSA staff control a border which sees in the region of 100 million travellers a year cross in either direction, plus 16 million goods shipments. The agency is responsible for the collection and analysis of data at all of Canada’s border points, including air and seaports.

When you come into Canada, you are always analysed by a CBSA staffer, who have the power to question, search and arrest anyone crossing the border, without a warrant.

One of the most controversial aspects of the CBSA is immigration detention, for which it has come under significant scrutiny for holding people for months and sometimes years without trial.

Steps are being taken to change this policy, in particular the use of provincial jails to hold immigration detainees when detention centres have reach full capacity.

But critics say all of this is happening without the correct oversight, which is where the proposed new body would come in.

Ottawa is pushing ahead with plans to limit the number of people being held in Canada immigration detention, by investing in a range of alternatives.

The latest move sees the CBSA ready to invest in a state-of-the-art phone system that includes voice recognition and the ability to pinpoint a person’s location via GPS.

The CBSA has called for bids from the private sector for the equipment needed for the launch of the new system, expected in April 2018.

Canada’s use of jails and indefinite detention period has drawn criticism from the human rights wing of the United Nations, with the majority of its peers, including the U.S. and the U.K., placing limits on how long people can be detained without trial.