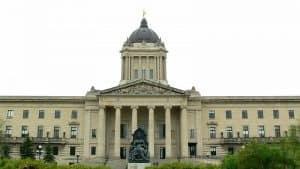 Manitoba immigration officials have conducted the first Expression of Interest draw of 2018 under the Manitoba Provincial Nominee Program, and the first since a major restructuring was announced.

Of the 291 invites, 155 went to candidates for the province’s new Express Entry Pathway, part of the Skilled Workers Overseas stream, with the lowest-ranked candidate scoring 565 points.

A further 17 candidates were invited as part of a Strategic Recruitment Initiative, also part of the SWO, with a lowest score of 815 points. An SRI is when a batch of candidates are invited to apply to fill a specific labour market need.

The remaining 119 invitations, with a lowest score of 520 points, went to candidates under the Skilled Workers In Manitoba (SWM) stream.

This was the 39th draw for Manitoba immigration, and saw a significant move away from recent trends in MPNP activity. Up to the end of 2017, Manitoba draws were dominated by the SWM stream, but the first draw of 2018 saw the majority of invites given to candidates based overseas under the SWO stream.

Of those ITAs, 133 went to skilled workers already in Manitoba, with a minimum points score of 545.

A further 45 ITAs for Canada immigration were issued under a SRI to skilled workers from overseas, for which a minimum score of 711 was required.