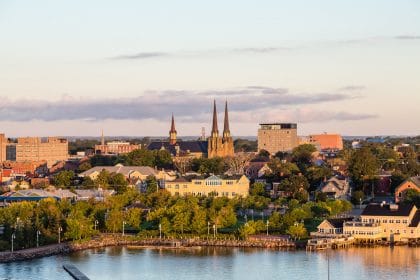 August 10, 2018 – The Canada Border Services Agency (CBSA) has initiated a probe against two Chinese immigrants for allegedly facilitating permanent residence of 462 immigrants through PEI’s business immigration program over the past four years.

This probe comes on the heels of another similar investigation that led to two Charlottetown hoteliers being charged with aiding in immigration fraud by providing addresses of convenience to 566 applicants of the same business immigration program.

Intent to settle and reside in the province is an important eligibility requirement for provincial immigration programs. An address of convenience fraud occurs when applicants use a local address merely to qualify for PR without ever intending to live in the province.

Under this program, an applicant making a $200,000 refundable deposit to the government and committing to invest $150,000 and manage an enterprise in the province is nominated for permanent residence.

Applicants received PR on the basis of their deposit and commitment even before they had setup their businesses or started residing in the province.

If the probe leads to charges, then more than a thousand applicants of PEI’s business immigration program, most of whom have already received PR, may face action for committing immigration fraud.

Since intent to reside in PEI is the whole basis of approval of PR, those found guilty may end up losing their permanent residence status.

It is interesting to note that 66% of all applicants under the program in 2016-17 chose to forfeit their deposit, which means they did not fulfill their commitment to invest $150,000 in the province. A majority of the applicants simply never setup a business in the province in the first place.

Remedial Measures for this Widespread Menace

Instance of false addresses being used is not restricted to only Prince Edward Island. In 2017, Chinese immigrants residing in Vancouver were convicted for a similar immigration fraud that helped 1600 applicants obtain permanent residence in Canada.

Provincial governments across Canada have implemented remedial measures to tackle this widespread practice including:

Amidst criticisms that those failing to qualify through federal or other provincial programs often succeed to qualify for the PEI program, the province has introduced reforms to improve oversight.  It remains to be seen whether these measures will prove effective.