April 17, 2017 – The federal government has increased security on certain incoming Canada flights, without saying how or which routes are affected. 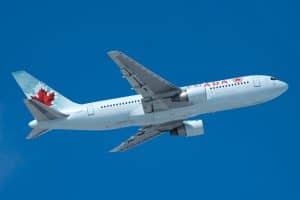 Transport Minister Marc Garneau confirmed the move in response to the same identified risk that led the U.S. to ban laptops.

However, those who visit Canada will be allowed to carry laptops and other larger electronic devices.

The U.S. has banned all electronics larger than a mobile phone from in-flight cabins.

Garneau said he had put in place “some measures to increase security for flights coming from certain countries.”

He added: “Those measures have now been put in place to ensure greater security for our air passengers.”

Unlike the U.S., he was unwilling to broadcast exactly what those measures were.

“For security reasons, we don’t talk about these things,” he said.

The U.S. move to ban laptops came in response to specific intelligence highlighted a potential threat from bombs planted in the devices.

Other countries, including the U.K., put in place similar bans, although the affected routes differed in each case.

Canada considered the same ban, but ultimately decided against it.

U.S. President Donald Trump has been trying to put in place an immigration ban on certain Middle East countries ever since his January inauguration.

The second version of the ban – focusing on Sudan, Syria, Iran, Libya, Somalia and Yemen – is currently the subject of an indefinite injunction from the U.S. courts.

It means that while the matter is contested in the courts, the US president will not be able to enforce any kind of ban on USA immigration or the US refugee program.

The executive order bans immigration for 90 days from the six countries. It also suspends the US refugee program for 120 days.

The US Justice Department is understood to be taking the Trump immigration ban case to the US 9th Circuit Court of Appeals, although there is no timeline on when that will happen.

In his original ruling, Judge Watson described the Trump administration’s arguments as illogical, and said there was “significant and unrebutted evidence of religious animus” contained in the executive order.